Yet another agent ejected by Ombudsman may be trading illegally 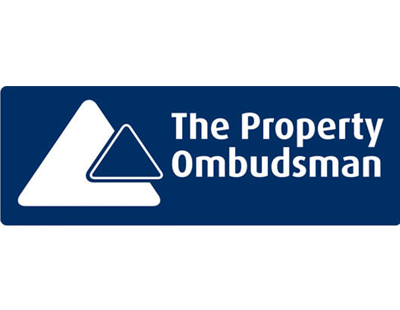 Another lettings agency has been expelled from The Property Ombudsman scheme for failing to pay an outstanding compensation award – but again, TPO suspects it may be trading under a different name.

A statement from the Ombudsman’s offices says The Property Dragon Limited, which was trading in Porth, south Wales, has been excluded from scheme and has been dissolved and removed from Companies House.

“But it appears it could now be trading as Property Solutions Wales Porth” says TPO, adding: “Consumers are being warned about this possible connection and potential risk.“

The Property Dragon Limited failed to pay a £1,180 compensatory award in relation to a complaint from a landlord who had several issues with their management service, breaching numerous aspects of the Ombudsman Codes of Practice.

TPO criticised the agency for its actions which left the landlord responsible for the tenant’s water usage and with unpaid rent.

Although the TPO accepts that compensation was unlikely to be secured due to the agency no longer trading, an award of £1,180 was made in compensation comprising £850 for aggravation and £330 to cover costs incurred.

The Property Dragon Limited failed to pay the award as well as direction from TPO to return the property keys. It also failed to pay its renewal fees resulting in its TPO membership being ceased.

The Ombudsman referred the company to the scheme’s independent Compliance Committee, which ruled it should be excluded.

“Despite The Property Dragon Limited being dissolved and no longer trading, TPO has discovered a potential link with Property Solutions Wales Porth as well as another previously excluded agency” says a TPO statement.

The landlord has also been advised to seek independent legal advice and information has been provided to assist in alternative action.

Gerry Fitzjohn, non-executive director and chairman of TPO’s finance committee, says: “As a member of TPO, agents are obliged to fulfil direction and comply with awards made by the Ombudsman, which The Property Dragon Limited failed to do. It appears that there is a connection with another agency that is still actively trading, so this is a warning to all consumers in the local Porth area.”

Yesterday we reported that Sun Properties Leicester had been excluded from The Property Ombudsman for failing to pay an outstanding award of £3,220.14. However, TPO identified a linked company – Sunrise Properties Leicester – which shared the same partners and, up until December 2020, appeared to be trading via Facebook.