Where the UK’s Largest Gardens Are 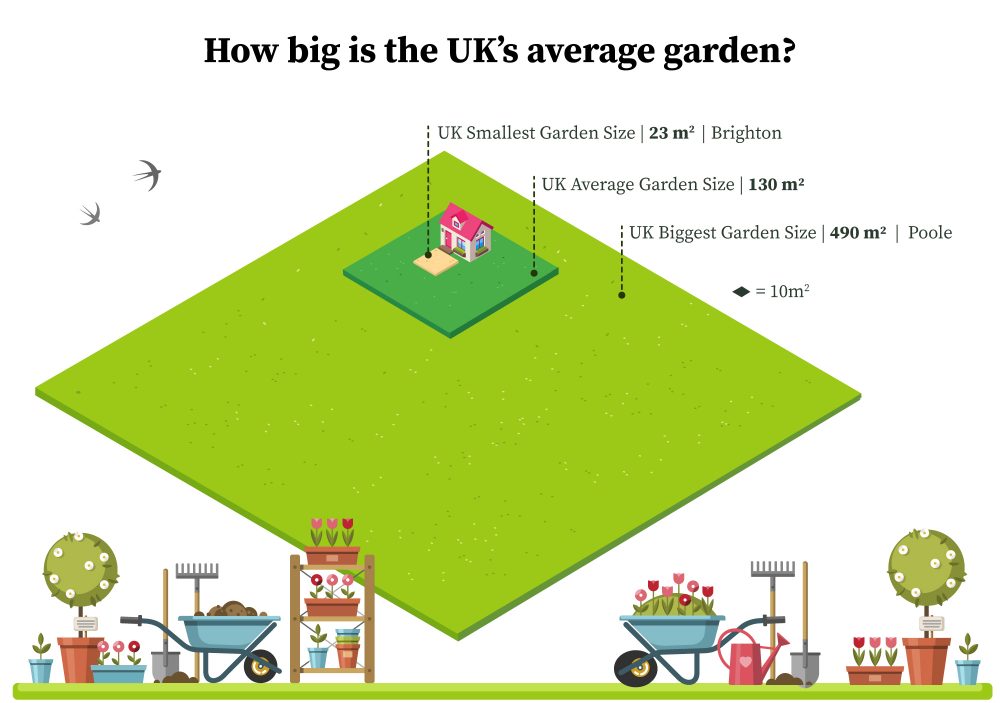 For many UK residents, the need for garden space is high on a list of must-haves for a new home. Whether it’s to entertain guests, grow a dream flower garden or provide space for outdoor exercise, it proves to be important in a variety of ways.

However, large garden space isn’t always complimentary to homes, giving consumers the chance to test their landscaping skills to create a stunning outside area.

ConservatoryLand have pulled together a study showing which UK cities have the biggest garden spaces on average, also highlighting thee average house prices to ask whether paying for more gives you more.

Our study found that the Southern town of Poole offers the highest square meter of garden area per house at 490 square meters. With house prices averaging £345,000, Poole sits in the middle range of typical prices across the UK.

Ranking second in the findings was Dundee. At 249 square meters of garden space, it’s nearly half of what Poole offers – but this also comes with a benefit. House prices are 50% cheaper in the city, averaging £179,000. With just 97 properties currently listed for sale, it proves to be a popular destination for homebuyers.

Brighton beats London to the smallest garden sizes in the UK!

Does spending more on property give you more garden space?

During the study, ConservatoryLand looked into the average house prices of each UK city to see if there was a correlation between price and the size of garden space.