When adding height, don’t forget about Rights to Light! 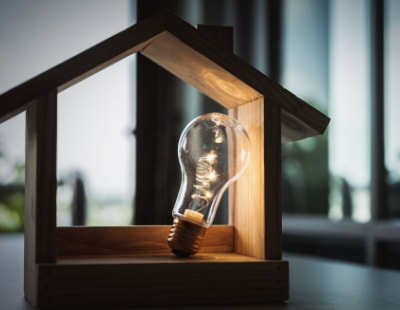 After spending so much time in our homes this year, many homeowners may be contemplating extending their properties to create some additional space, and with the challenge of social distancing in the workplace, investors in commercial buildings may also be looking to extend or redevelop.

Whether the building is commercial or residential, and whether or not planning consent is required for the proposed works, developers should give careful consideration to the impact that their development will have on the light to neighbouring properties.

If the light to neighbouring buildings will be impacted, then neighbouring owners with rights of light could take action, obtaining damages or, worse still, an injunction preventing the offending part of the development from being built.

The decision earlier this year in Beaumont Business Centres Limited v Florala Properties Limited was a stark reminder for developers that an injunction can be awarded even where the development has already been completed, requiring demolition of all or part of the development.

In order for a neighbour to successfully obtain an injunction (or damages in lieu), they must:

To establish whether both limbs are met, it would be prudent for developers to instruct both a specialist surveyor to assess the level of light loss to neighbouring properties, and a solicitor experienced in this area to report on whether the affected neighbours have legal rights to light over the property being redeveloped.

The following example illustrates the many quirks in this area, and why a detailed analysis should be undertaken:

Rufus Grand owns a three-storey mansion on High Street (“Grand Towers”), with planning consent for an additional storey and large rear extension. Opposite Grand Towers is Lavender Cottage, which has a large, sunny front garden. Next door to Lavender Cottage is The Rose, a café in a glass fronted building, erected in 2001. Adjacent to Grand Towers is Grand View, the freehold of which is also owned by Rufus Grand, which he converted 30 years ago into two apartments. To the rear of Grand Towers is a bungalow, renamed ‘Phoenix’ after a fire five years ago, when it was completely rebuilt.

Mr Grand knows that the extension to Grand Towers will reduce the light to each of these buildings, but is not concerned because he owns Grand View, Lavender Cottage is already dark and dingy, and both The Rose and Phoenix were built less than 20 years ago.

As the works near completion, Mr Grand receives an avalanche of threatening letters from the neighbours (including Mr Grand’s own tenants at Grand View) who complain of losses of light to their properties, with the owner of Lavender Cottage also complaining that their front garden is completely in shade.

If Mr Grand had taken advice, he would have been told that:

Whilst developers would be fairly unlucky to encounter all of the pitfalls suffered by Mr Grand, this illustrates why it is important to consider rights of light in detail and before development commences.

*Lucy Harry is the senior associate at Boodle Hatfield