What does the Coronavirus pandemic mean for your property business? Q&A with Mark Homer 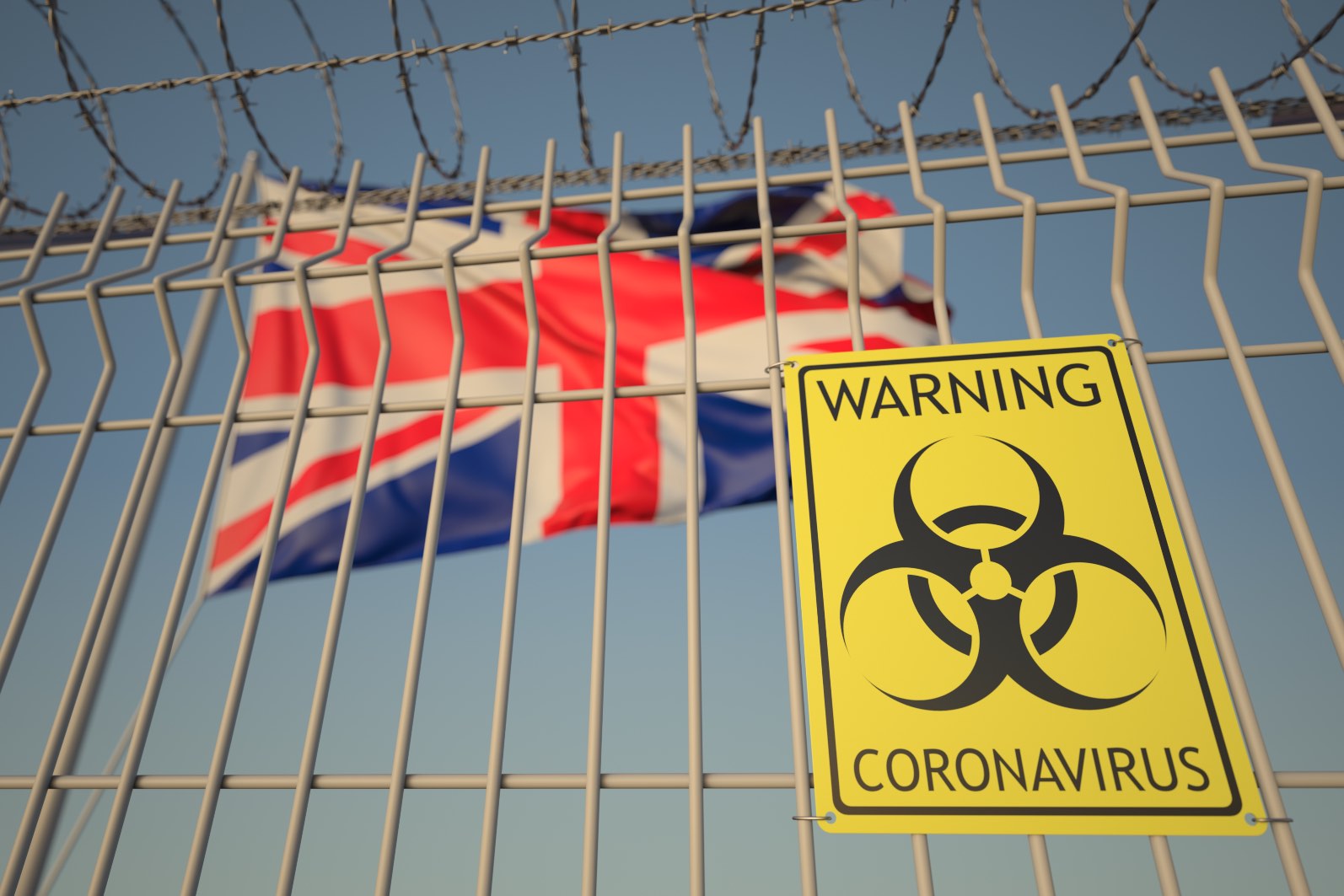 My podcast is now 100 episodes long. It’s been a great honour to deliver and record all these episodes for you. And for that, today’s episode is going to consist of me reading your questions and providing answers.

Q: What’s the least stressful way, financially, to get into property buying with limited money?

I would say, that the quickest ways are probably to, either find a partner who you can work with, or maybe, do some sort of rent-to-rent, where you’re leasing properties from another landlord, and maybe, renting rooms out, sort of subletting. Or, if you can do a JV with landlords, maybe, you can source properties for them, and then get into it that way, using their money. That’s usually the best way.

Q: How long will the Covid 19 pandemic last? Will the world be ever the same afterwards?

I don’t know how long it’s going to last. Boris thinks, we might be able to send Covid 19 packing within 3 months. Let’s hope so. I think the Government seemed to have been gearing up a lot of their reliefs of VAT, business interruption loan, things like that for at least 3 months. I’m expecting 3 to 6 maybe, with the restrictions. Will the world ever be the same afterwards? I’m very much doubt it. I think people will want more protection on travelling. They’re probably not going to want to get on a plane in the same way. They’re probably going to use hand sanitiser and maybe, mask and all this sort of thing. Certainly, until we get a vaccine, I think people are going to behave differently.

Q: How would you recommend finding investors for JV during the lockdown?

I think online is perfect. You’re going to have lots of these virtual relationships now online, because you can’t go out and meet people. So, Facebook, Twitter, Instagram. LinkedIn is a very good one. Then you’re going to be doing lots of these sorts of calls on Zoom or Skype, and sort of interacting with people virtually like that.

Well, the first thing that you could do, is, interact on our Facebook Group, which is the Progressive Property Community. If you go in there, if you’ve got experience, provide answers to questions, ask questions, and support other Community members. That’s a great way to go about it. I think you could probably in the wider community offer properties to the NHS. I know they’re starting to ask for them. There are a lot of NHS volunteers that you could volunteer to sort of help people who are sick or help support key workers. There’s half a million people volunteered for that already.

Q: Are any of the Government loan scheme open to investors and developers? And if so, on what basis?

My understanding, is that, there is one Government loan scheme, which is, the Coronavirus Business Interruption Loan. You have to be a trading business, often with employees to qualify. So, unless you’re a builder, I don’t think a property investment company or a landlord, if that’s all they’re doing, I don’t think they’re going to qualify.

However, if you’ve got serviced accommodation or hotels, you can probably get a grant up to 25,000 per building, and also delay paying, also have a business rates holiday of 12 months. Again, I think on buildings, where there is a rateable value of below 51,000. So, I don’t think you qualify for any of the loan scheme. But you may get grants and business rates holiday for 12 months.

Q: Given the impact on SA, is single-let rentals the best way to mitigate as much risk in future?

The next time, we have a recession or a shock or a crisis, it’s going to be, because of something else. They could affect another type of property. Retail, pubs, leisure, they’ve been badly affected along with gyms, and also, serviced accommodation and hotels. Single-lets probably less affected.

I don’t think that’s the way forward. I think the way to mitigate risk is to have a spread of different property types so that one type is not affected, when something like this happens.

Q: How many lenders are withdrawing from the market? How temporary do you see this?

I think most of the lenders that withdrawn, would have been the bridging lenders. They put a lot of stuff on hold. They’re development funders. Maybe, they’re sort of cheap loan-to-value. Or, they’re being more careful before giving credit approval. So, I think that’s probably a relatively temporary thing. It maybe for the next 3 months. They’re going to want to see what’s happening to properties, to prices, what’s happening to volumes, what other lenders are doing. Critically, where their money is coming from.

There’s been an extreme lack of liquidity in the marketplace. The places, where lenders get their money from, has been really constrained in the last few weeks or the last couple of weeks. So, I think they need to fix that, and get to a position, where they’re able to get funding in, at the right money again.

Clearly, cash is king at the moment. That will return. I suspect they’ll return with maybe, sort of inferior terms, maybe, lower loan to values, maybe higher cost. That’s going to come.

Q: I’m a deal sourcer. What actions would you take in the next 12 weeks? Building my investors list more. Wait for the market to drop, and be ready to snap at deals?

Absolutely. I think you should be out to as many online agents as possible. You need to be mining all of your contacts to get ready. Because I just think you’re coming into opportunities central, where there’s going to be a lot of deals.

But they’re going to sell them to those who’d they’ve got the relationship with who’ve they’re talking to the most. So, I think you need to go and approach all of those people. I’ll get on it now, if you’re at home. You’ve got 12 weeks. It’s the perfect time to hit the ground running.

Q: If you’re starting out on property now, what strategy would you consider, and when?

If you go and buy serviced accommodation type units or hotels, if you’ve got experience, maybe, that’s a way forward. If you’re inexperience, I think you probably still want to stick with the single-lets or the HMOs. Just ease yourself into it, generally. Do one. You’re probably going to have an issue initially with getting people to move. You won’t be able to buy properties probably for this 3-month period.

Learn as much as you can. Go online. Go on webinars. Download sort of home study packs, all that sort of stuff, and get ready.

Q: We’re approaching the end of buy, refurb, refinance project on a 2-bed terraced house, which we finance through investor’s funds. What’s your advice regarding the refinance now?

I’d get it done as fast as possible. I spoke to a surveyor a couple of days ago. He said, oh, I’m still valuing it at the same level, because there is no evidence to say anything else. But I’m putting huge disclaimer in there about Covid 19, and how it could affect property values.

Q: Are you buying stock right now? If so, what?

No, I’m not buying any stocks right now. I suspect we’re going to go through a few more gyrations. There is a good possibility that stocks will drop further. I’ve got caught on a few stocks in 2008/2009. I bought them too early. I bought a lot off banks.

I just think, you’re going to be a lot better off, waiting. Potentially, keeping cash, and using that to deploy on deals. Cash is king. And I’m holding mine right now.

Q: What shares and stocks are a must buy right now? What investment is worth risking?

You could buy individual shares, I think. It’s going to be a hairy ride. If you’re looking at a sort of 5-10-year horizon, then you’ll probably do well after this. If you’re going to be worried, if they go down another 25 percent, which they could do, then I wouldn’t buy right now.

If you’re not experienced with stocks, you may want to just buy a sort of FTSE Tracker Fund. Maybe, go to Vanguard somewhere like that, where they’ll put you into a nice spread of the market with very, very low fees. I think that’s probably the best way to enter, if you’re not a pro with the sort of stocks and share