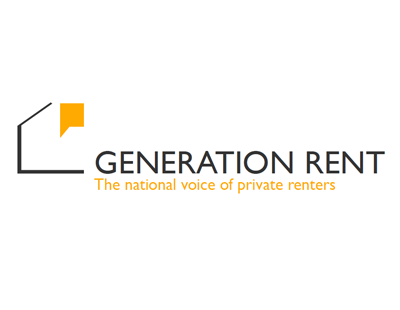 The Generation Rent campaign has renewed its call for public money to be allocated to clear at least some rent arrears accrued during the Coronavirus crisis.

It says this would be used to ‘compensate’ landlords with 80 per cent of the monies owed.

The campaign’s latest call says one in five families renting privately currently receives less in benefits than is required to pay the rent.

“This leaves 378,000 families in England with a shortfall. More disturbingly, this figure includes 750,000 children living in households with this shortfall” says a statement from Generation Rent.

It says that since the first national lockdown some 169,000 families have claimed Universal Credit for the first time “ and they saw for themselves the many shortcoming of our welfare system.”

The campaign says Local Housing Allowance only covers the whole rent for the cheapest 30 per cent of homes in a local area, whereas “around 21 per cent [of families claiming LHA] are in homes that cost more than the maximum LHA. They will either be cutting back on essentials, dipping into savings or borrowing money to pay rent – or getting into arrears and facing eviction.”

In addition the activists claim that renters unable to afford their rent may try to move to a cheaper home “but discrimination against benefit claimants remains widespread, shutting this option off to many.”

And on top of that “many families will not get the full Local Housing Allowance because of the household benefit cap. Many new Universal Credit claimants have been exempt from the benefit cap, but this grace period only lasts for nine months, and people who applied for Universal Credit in March will be nearing the end of it around Christmas.”

As a consequence the campaigners want Chancellor Rishi Sunak – who this week makes a major economic statement to the House of Commons – to raise LHA to cover median rents, scrap the household benefit cap, and “provide grants to clear rent arrears built up in the first wave of the pandemic by compensating landlords up to 80 per cent of the rent.”

The campaign group – which is led by former Labour Baroness Alicia Kennedy – says: “Coronavirus has had a devastating impact on the finances of families living in private rented homes. With thousands more about to be hit by the benefit cap in the run up to Christmas, rent arrears will keep on growing. Savings have already been bled dry by the first wave, forcing many tenants to rely on credit. Without further support, families are being forced to go without essentials, take out a loan to pay the rent, or risk eviction.”