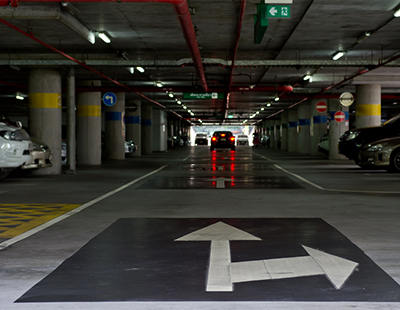 Government-owned car parks have the potential to deliver 110,000 new homes across the country, according to a pioneering study carried out by Knight Frank.

In the first study of its kind, Knight Frank mapped the precise location and extent of England’s 103,000 public and private surface car parks. Government-owned surface car parks could yield 2.1 million homes, or seven years’ supply of housing, at the government’s stated 300,000 homes per annum target.

Last month, the government released plans to look at how the land it owns could be managed more effectively, with part of this involving assessing how public sector land can be managed and released so it can be put to better use – including for new homes.

Knight Frank’s study revealed that two thirds of the public sector-owned car parks do not provide meaningful access to high street retail, while 91% of public sector surface car parks actually have another car park within a five-minute walk. Crucially, this means that there is scope to release land for new homes, whilst maintaining car parking services.

By selecting just 15% of public sector-owned car parks best situated for housing, Knight Frank has identified land to deliver more than 110,000 new homes in areas with higher public transport connectivity. The sale of which could in turn raise £6 billion in land receipts for the Treasury.

Ian McGuinness, head of geospatial at Knight Frank, commented: “The study shines a light on the sheer scale of the opportunity to deliver much-needed housing on government-owned land. What we have learned from this new research has evolved our own understanding of this market and the opportunity for government departments to work together to deliver housing.”

He added: “Through this work, MHCLG has created the first detailed picture of which central government departments own the country’s car parks.”

He said the pace of development of autonomous vehicles means we should already be thinking about the scale, location and utility of space currently tied up with privately owned vehicles.

“The figures are compelling – 76% of respondents on the National Travel Attitudes Survey agree we should reduce car use for the sake of the environment, and one ReThinkX study estimates personal car ownership could drop as much as 80% over as little as 15 years,” McGuinness explained.

Stuart Baillie, head of planning at Knight Frank, also commented: “Given the express need for housing and the mounting pressure on our green spaces and conservation assets it is imperative that all ‘brownfield’ and underutilised land is properly assessed for its development potential. Delivering housing on the country’s underused car parks will also drive environmental and social benefits.”

He added: “The study findings are extremely compelling and highlight the benefit of drawing together digital land data from across the public sector.”

← What are the nation’s behaviours and attitudes around renting? Overseas buyers of luxury French property keen on outdoor space →