Vast Majority of Property Transactions Since May 2020 Backed by Mortgages 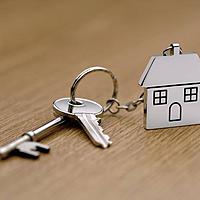 Mortgages have fuelled 70% of property transactions across Great Britain since the market reopened back in May of last year, after initial lockdown restrictions were imposed, according to research by broker firm Enness Global Mortgages.

Enness analysed market data on mortgage-financed sales as a percentage of all sales in each area of Britain between May 2020 and November 2020.

While 270,785 of the 387,667 homes sold across Britain (70%) have seen the buyer backed by a mortgage, there is some regional difference. In London, 80% of all sales have come through homebuyers with a mortgage, with the East of England, West Midlands (72%), the South East and East Midlands (71%) also coming in higher than the national benchmark.

In contrast, the South West is home to the most cash homebuyers with just 64% of homebuyers purchasing via a mortgage.

With the capital home to the largest regional percentage of mortgage-backed purchases, London also accounts for the top three highest at local authority level. Lewisham is the mortgage hotspot of Britain for homebuyers with 88% of all transactions financed via the sector, followed by Barking and Dagenham and Waltham Forest (87%).

Slough and Crawley are home to the highest percentage of mortgage-based purchases outside of London along with Hillingdon (86%).

At the other end of the spectrum, just 40% of transactions in East Lindsey have been financed by a mortgage since the market reopened in May of last year. North Norfolk (43%), Argyll and Bute (44%), Torridge, Ceredigion (45%), Scarborough (48%), Rother, South Hams and Pembrokeshire also rank with some of the lowest levels of mortgage-financed transactions.

“A lot has been made about the boost in buyer demand due to the stamp duty holiday, but it’s the continued low rates of borrowing that have really been the foundation of this heightened market activity.

While a stamp duty saving is nice, the ability to secure finance at a much lower rate of interest than historically possible has brought about a major boost to market sentiment in recent years and the impact is clear, with 70% of all transactions financed as such.

Some lenders have begun to tighten their lending criteria and this could make it harder for those with a less stable financial background to obtain a mortgage. However, it’s unlikely to impact the actual ratio of mortgage-financed buyers in relation to those purchasing with cash, particularly while the Bank of England keeps rates at sub-one per cent.”