Update – the latest in Berkhamsted FC’s fight to … 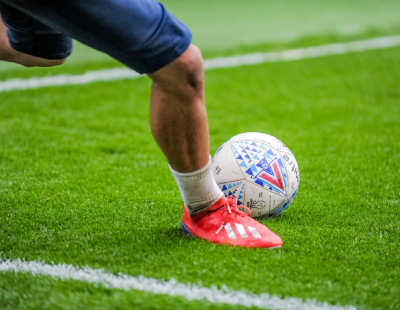 The latest stage in the saga saw Berkhamsted Town Council meet last month (June 14) to discuss the application for the Broadwater football stadium to be an Asset of Community Value.

According to an article on the football club’s website, the councillors unanimously voted to put the application to Dacorum Council in the town council’s name, under the Localism Act.

“Had the council not so voted, long-time resident John Waller was willing to make the application and had collected the signatures of 51 Berkhamsted residents that the council had checked were genuine and on the electoral roll (well over the legal minimum number),” the notice went on.

The statement added: “The club is grateful to all of the people of Berkhamsted for their support in keeping the football ground in the town centre and we now must wait to see if Dacorum Council grant ACV status.”

What is the background?

In December 2020, the club’s landlord and freeholders, BSGCA, set out its proposals to sell the club’s​ Broadwater ​ground​ for housing development ‘in order to partially finance a new sports hub as part of a property development proposal in Bourne End’.

Berkhamsted FC said earlier this year that BSGCA was working with a property development company from Sussex called Thakeham, with leaflets describing the above proposal already being sent to homes in the town.

​According to the change.org petition’s blurb, BSGCA wants to relocate the team to an out-of-town facility to be built on the green belt, ‘which would only be accessible by car’.

The club itself has been empathic in its response, strongly declaring its wish to stay at its historic home ground.

Who is leading the fight?

As well as the directors of the football club and supporters of both Berkhamsted and others clubs creating petitions and raising awareness of the issue, long-time resident John Waller has taken a strong stand against BSGCA’s proposals.

In a strongly-worded letter to the local paper, The Gazette, Waller said the landlords had no right to move the football club.

He wrote: “I am very concerned because the people who run the BSGCA are not representative of the citizens of Berkhamsted and want to move the football club to ‘Bourne End’ against its wishes.”

“The Board of the BSGCA are out of touch with the local community. The sports ground was paid for by benefactors and subscription by the people of Berkhamsted in 1924 for sport to be played on a permanent basis.”

He said a quote from the original appeal document reads: “We currently appeal for your support in helping to acquire the ground for the benefit of the town and thus securing a permanent open space for recreation.”

Waller continued: “The BSGCA do not seem to realise that under charity law, the ground is a permanent endowment and belongs in a restricted fund and I believe cannot just be sold.”

“The town councillors unanimously decided to have the ground declared an ‘asset of community value’. The BSGCA do not seem to understand legally what this means and are doing all they can to try to get this rescinded.”

He claimed the BSGCA ‘are a self-elected oligarchy who want to get their hands on the estimated £12 million sale for their respective clubs. The vast majority have never played on the ground’.

Waller said his biggest concern is that only people who agree to selling ‘Broadwater’ are admitted to the Board and ‘they keep people off the Board who they fear will not agree with them (such as me and others whose name I can supply)’.

“They do not advertise the positions whatever they say,” he added. “I also believe that they have not paid the correct amount of rates to Dacorum Council on their grounds over decades and I have reported them to the Charity Commission.”

He concluded: “The BSGCA and its directors have ignored the planning permission for the cricket ground at Castle Hill, by the Secretary of State for the Environment, which clearly stated ‘for small town cricket only’.”

“They now allow football to be played on an industrial scale and take payment for this activity from Berkhamsted Raiders FC. They obviously think they are above the law. I have reported them to the Dacorum Council Planning Authorities because of this breach.”

PIT reached out to BSGCA and Thakeham for comment, but have received no reply.

What seems certain is that this dispute will rumble on for quite some time yet, but if Dacorum Council agree that Broadwater is an ACV, BSGCA and Thakeham will find it very difficult to follow through with their plans.

Fellow non-league club Dulwich Hamlet have shown in recent years the influence that fan power and local authority pressure can have on preventing unwanted developments.

There is a political aspect to all this as well. Berkhamsted is in the next door constituency to Chesham & Amersham, where the recent shock byelection result – which saw the Lib Dems overturn an 16,000-seat Conservative majority – was attributed after HS2 to government housing targets and planning law reform.

Tory MPs across the country have recently faced a backlash against planning reforms making it easier to build and harder to prevent developments from taking place. This, plus the shock by-election defeat in a formerly Tory blue heartland, has led many to suspect noticeable changes will be made to the Planning White Paper as it progresses into legislation.

We could see more decisive action from Conservative-led councils and the national government to prevent the loss of further previously ‘safe’ Tory seats.

The ongoing debate about how to increase housing and the number of new developments while also protecting the green belt, assets of community value and much-loved local establishments like football clubs will continue to rage, too.