Update – regeneration in Aldershot and £19m Belgravia home for sale 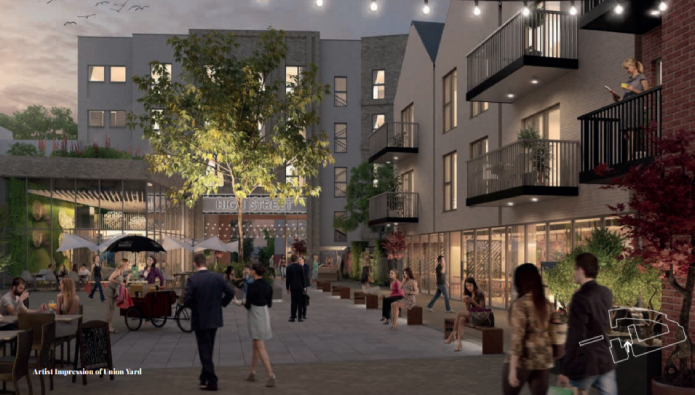 Aldershot – best known as the ‘Home of the British Army’ – is set for a major investment to transform the town centre around Union Street after the green light was given for a major regeneration project.

The plans are being led by Rushmoor Development Partnership (RDP), a joint venture between Rushmoor Borough Council and Hill Investment Partnerships, and will witness significant investment being pumped in to revitalise the existing area at 38-62 Union Street through a scheme which puts public space at the heart of the development.

The Hampshire town’s new public square will be framed by retail, homes and the new ‘Union Yard’, a creative space for small and independent businesses.

In addition, the plans will deliver student accommodation in partnership with the University for the Creative Arts, aiming to bring more life and footfall into the town centre. Meanwhile, 100 new homes will provide much-needed housing for the area.

Cllr David Clifford, leader of Rushmoor Borough Council, said: “The regeneration of Aldershot town centre is the Council’s top priority, so we are pleased to be promoting this scheme and that our work with the RDP has resulted in a successful application. We are extremely delighted to have reached this important milestone.”

Martin Tennant, chair of the Rushmoor Development Partnership, commented: “We are grateful to all those who have been involved in bringing the scheme together and creating this opportunity to regenerate this part of Aldershot. This scheme will be a catalyst for further investment, enhancing links to the creative sector, creating jobs and training and bringing much-needed, high-quality homes into the town centre.”

Greg Hill, deputy chief executive of Hill Group, added: “This decision marks an important and exciting milestone for the Rushmoor Development Partnership and the community of Aldershot. The proposals will bring further vibrancy to Aldershot town centre.”

Following the granting of consent, demolition of the site will continue during 2020 with the development set to be completed by spring 2024.

In sales news at the very prime end of the London market, it’s been revealed that a historic late-Regency townhouse that hosted Edwardian-era Prime Minister Sir Henry Campbell-Bannerman and Lord Mountbatten is on sale for £19.5 million with Dexters.

Situated within Belgravia’s exclusive Wilton Crescent and clad in the finest Portland stone, the property was inhabited by James Campbell-Bannerman when he moved into the property in 1904. He was the Conservative MP for Glasgow and Aberdeen Universities and the brother of former British Prime Minister, Sir Henry Campbell-Bannerman (who served in Number 10 from 1905-8). 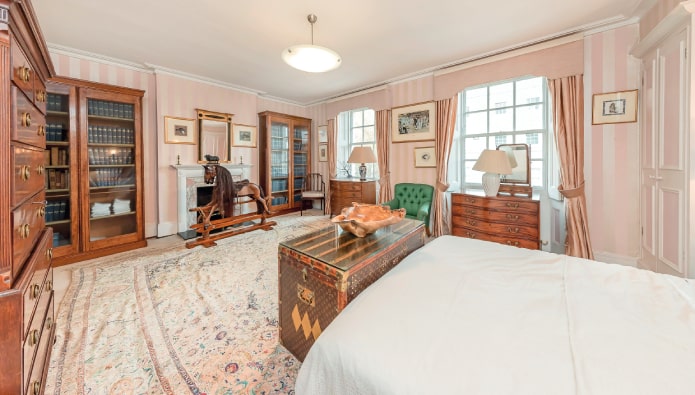 Sir Henry lived nearby on Grosvenor Place and visited James at Wilton Crescent on a number of occasions.

What’s more, the townhouse also once provided entertaining space for Louis Mountbatten, 1st Earl Mountbatten of Burma. Between 1959 to 1968, Lord Mountbatten – the Duke of Edinburgh’s beloved uncle – lived next door in Wilton Crescent with his wife Countess Edwina Mountbatten, with a blue plaque marking this on the property.

During the 1960s, such was the extent of Mountbatten’s wealth and popularity, it is said that he also leased the neighbouring Wilton Crescent townhouse, needing extra space for entertaining, storing precious antiques and seeing friends.

The five bedroom, five-storey townhouse is presented in immaculate condition, with luxurious accommodation over lower ground, ground and four upper floors. It includes a lower ground floor private courtyard garden and a large south-facing first floor roof terrace, as well as access to the crescent’s private communal gardens that the semi-circle of homes looks out upon.

The townhouse has an illustrious history, being first constructed in 1827 by architect Thomas Cundy II. The property’s first recorded resident was Edward Round, with an annual rent of 60 pounds noted in 1829.

He added: “The historic property has had a number of notable residents over the years, and has original features beautifully preserved. Wilton Crescent is one of the most sought-after addresses in Belgravia and we are delighted to be representing such an impressive property.”

Lendrum said the owners tend to refresh the interior design of each room on a six-month basis but each time keeping to the Georgian and Regency era, with the property’s classic features well-suited for displaying artwork or antiques.

Who was Lord Mountbatten?

The uncle of Prince Philip, the second cousin once removed of the current Queen and a mentor to Prince Charles when he was growing up, Louis Mountbatten was Supreme Allied Commander, South East Asia Command (1943–1946) during the Second World War. He was also the last Viceroy of India (1947) and the first governor-general of independent India between 1947 and 1948. 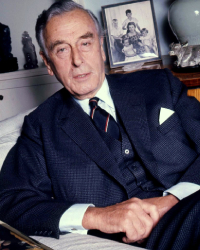 Throughout his colourful life, he also held the positions of First Sea Lord –  a position that had been held by his father, Prince Louis of Battenburg, before him – and as both chief of the defence staff and a chairman of the NATO Military Committee.

In August 1979, he was killed by a terrorist attack carried out by the IRA after a bomb was smuggled on board his fishing boat.

He plays a key role in Netflix hit The Crown, where he’s regularly referred to as ‘Uncle Dickie’ and portrayed by Greg Wise (series 1 and 2) and Charles Dance (series 3 and 4).