Update: major development in York and progress in Brighton 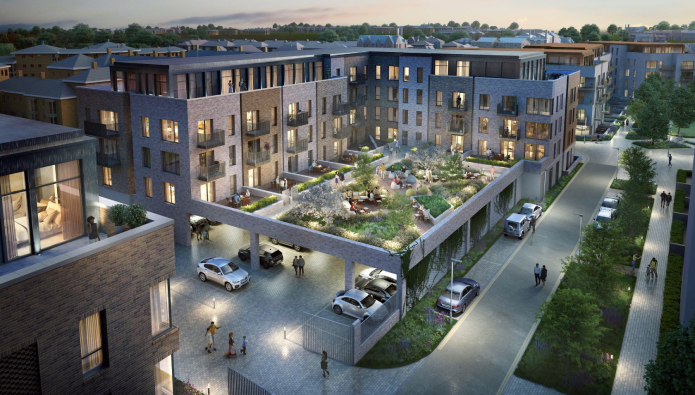 A leading UK specialist real estate lender and investor has agreed to provide Heworth Green Developments, under the North Star banner, with an £18.3 million facility secured against a major development site in the heart of York.

Octopus Real Estate, part of the Octopus Group, is financing the 8.95-acre former National Grid site, which has planning consent for 607 homes, as well as permission for retail or community use floorspace.

The facility will be used to refinance current debt, acquire the remaining part of the site, and finance the ground works and removal of a decommissioned gas holder.

Work is set to begin on the development later this month with the necessary remediation and infrastructure works, allowing for the construction of the new homes on the site to follow shortly afterwards.

Just north of York’s city centre, the site is part of a major brownfield development close to many local amenities. It’s a short walk from York Minster – the city’s spectacular Gothic cathedral – and only a 25-minute walk from York train station, which provides fast services to London and elsewhere.

With extensive communal and private open spaces, the scheme offers a unique opportunity in York – one of England’s most historic cities, with Roman and Viking roots – for future residents.

The £18.3 million facility is the next funding milestone in Octopus Real Estate’s £85 million GDV development journey. Property developer Moda Living – a key player in the growing Build to Rent market – has exchanged contracts for the PRS element of the site, the first PRS scheme of its kind in York, while North Star will continue to develop 215 open market sale units.

Ludo Mackenzie, head of commercial property at Octopus Real Estate, said: “The Heworth site is the largest residential development opportunity in York. It has taken many years to get to a position where works can commence, and we are proud to be involved.”

A spokesperson for North Star commented: “Securing this funding deal is another major milestone in the project. The journey to transform this large, brownfield site into a vibrant new community has taken over 18 months so far and we are very excited to see it now coming to fruition.”

The spokesperson added: “This will now enable us to start construction works on the site, and the first step will be to remediate the site which will start very shortly. Our aim is to create a high-quality sustainable development that York can be proud of and we are committed to delivering the development, even in these challenging times.”

Tom Frank from Ice Cubed Commercial Finance acted as the adviser. He said: “Arranging the finance on this development has been complex, especially in the current challenging conditions. Successful closing of the deal is testament to our close relationship with Octopus Real Estate and the client. We are very proud to play our part in delivering this fantastic high-quality development so close to our York office.”

Elsewhere, in other development news, a new timelapse video helps to show the progress being made at the Edward Street Quarter development in Brighton, the £120 million redevelopment of the old AMEX-House site.

With buildings now out of the ground, the video highlights that works have advanced significantly since they officially began at the end of 2019.

The development, which will provide 168 new homes as well as 39,000 sq ft of space for retail, leisure, food and beverage units, also represents the largest amount of Grade A office space to be delivered to the city since 1993, with 110,000 sq ft on offer.

The scheme, designed by BuckleyGreyYeoman and owned by mixed-use developer First Base and Patron Captial, will be hoping demand for office space bounces back strongly having been badly affected by the coronavirus and a sudden shift in working patterns for many. 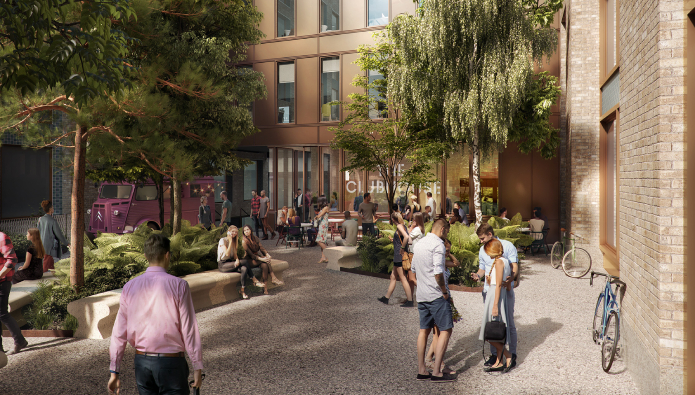 The 110,000 sq ft of flexible space will be for Brighton’s burgeoning media and creative sectors and wider corporate community.

The other 39,000 sq ft is set to include gyms, cinemas and retail units alongside the new and food and drink establishments. The 168 new homes will comprise a mix of private and affordable units to meet local demand.

Steve Eccles, project director at developer First Base, commented: “Work is progressing at a rapid pace and we are pleased that so many businesses have already shown an interest in joining the community.”

You can view the timelapse video here. It shows the significant progress made on site between January and June this year, despite the many challenges posed by Covid-19.

Another new student development on the South Coast

This follows hot on the heels of the student accommodation provider giving the green light to Westridge Construction to start work on a new project in the Falmer district of the city. 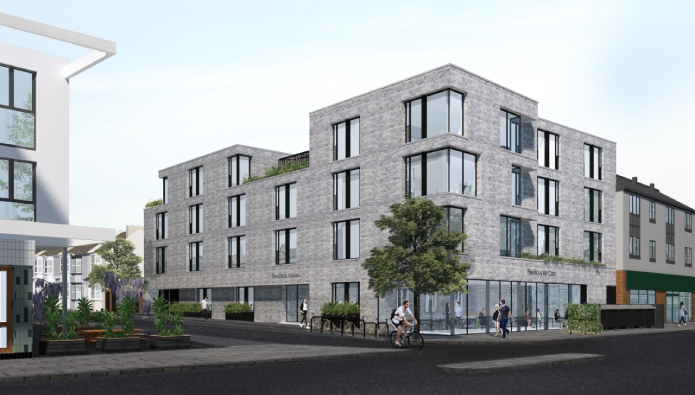 An application has been made by Alumno to build a new development on Brighton’s Lewes Road, which will primarily house Brighton Screen and Film School students, but will also be open to attendees of other local education establishments.

The opportunity for redevelopment has arisen from the proposed relocation of a Co-op food store on the site. Accommodating up to 60 students in bespoke accommodation, the planned new building will be three and four storeys high, with a number of internal and external communal areas for relaxation and study. This will range from a rooftop winter garden to a lower ground recreational area and study space, along with facilities such as cinema room, laundry room and cycle parking. 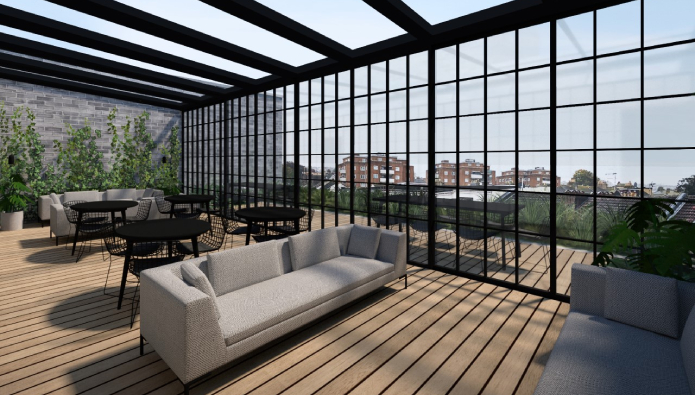 Alumno will work closely with Screen and Film School, Brighton to develop a film theme for the new building that will appeal to the college’s students.

“We are particularly pleased to be working with Alumno in offering our students such exceptional accommodation in such a unique and bespoke building,” said Screen and Film School, Brighton principal Iztiar Leighton. “Our students will certainly be inspired by their surroundings, and can be sure of experiencing top-quality facilities in a central Brighton location.”

David Campbell, Alumno’s managing director, said of the development: “We are committed to progressing this project and delivering a high-quality and specialist facility for students studying at the film school. We hope to be able to progress the plans forwards, which will help assist the demand for student accommodation in the city as a whole.”

He added: “Lewes Road is known as Brighton’s Academic Corridor due to its strategic location near to a number of higher education establishments, including Brighton and Sussex Universities, making it the ideal site for a student residence. As with all of our projects, we will work closely with the local authority and residents to deliver maximum benefit to the adjacent community.”

A planning decision is expected in the coming months.

← Staycations – where in the UK offers the best buy-to-let rental yields? One in four tenants in arrears - but the survey is very small →