Time limit announced for smoke ala… 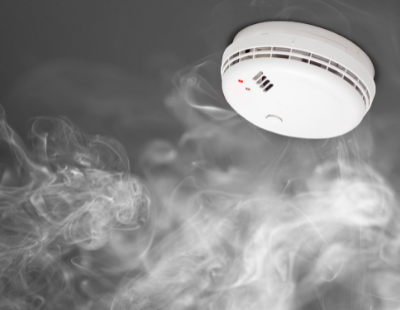 Rental and other households should replace optical smoke alarms every 12 years unless manufacturers recommend otherwise, according to a study by the Building Research Establishment.

The research found that over a 12-year timeframe, a build-up of dust and dirt causes increased sensitivity in the devices, regularly resulting in a higher instance of false alarms.

In domestic settings, this means that people inevitably end up checking whether an alarm is a genuine fire. This is not only an inconvenience, but also increases the likelihood of people becoming complacent over time and beginning to ignore alarms, even when there is a real risk.

Currently no strict mandatory period of replacement for domestic smoke alarms exists within British regulatory standards and BRE says it is likely that many households in the UK have alarms older than 12 years fitted.

The findings revealed by the study are to be implemented into UK codes and guidance on recommended replacement periods for optical smoke alarms in domestic environments and will also be actively adopted by the Fire Industry Association, which helped to fund the research, and the British Standards Institutions Committee.

Raman Chagger from BRE says: “It is crucial that smoke alarms operate at optimum sensitivity and deliver a quick response in the event of a fire.

“BRE is therefore calling on consumers to regularly check their smoke alarms, including the date of manufacture, to ensure they are fully functional, responsive, and within the recommended replacement period.

“This is a step that people can take themselves to make sure they are safe within their homes. We are very excited that the findings from this study are being incorporated into official guidance and that the research will hopefully deliver tangible change.”