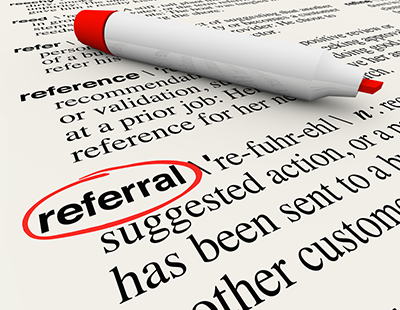 Agents are being warned to prepare now for likely controls on referral fees, following recommendations made to the government by the National Trading Standards Estate and Letting Agents Team.

Although the recommendations – which we reported on earlier this month – focussed mostly on sales, similar controls on referral fees in the letting sector are likely imminently, warns PropTech expert Neil Cobbold.

NTSELAT says estate agents should be required to disclose any fees they receive when referring sales clients to other service providers such as conveyancers; the body also wants a a public awareness programme to alert consumers to hidden referral fees, as well as additional guidance for agents and increased encouragement to comply through redress schemes and professional bodies.

“Recent legislation covering the sales market, such as the new anti-money laundering rules introduced this year, has often been extended to lettings as well” says Cobbold, who predicts a similar situation with referral fees.

A year or so ago there had been widespread industry speculation that Trading Standards would urge the government to ban agents from receiving referral fees entirely. However, its proposals on the sales side are – so far – less strict than many feared, stopping for now at mandatory disclosure.

Cobbold – the chief sales officer at automated payment service PayProp – suggests that if lettings agents are now quick to disclose referral fees to consumers voluntarily, Trading Standards and the government could be persuaded away from a future outright ban.

“Agents should not assume they will be exempt from this change either and should instead start preparing for changes to the referral fees system. They can do this by disclosing the fees they receive to consumers if they are not doing so already.

“Full disclosure and transparency from agents can allow them to keep earning important additional income from referral fees, while at the same time offering more protection to consumers” he says.

“The NTSELAT has acknowledged that referral fees have ‘a place in business’ if they are used ‘ethically and transparently’, so it’s up to agents to make sure they follow any disclosure guidelines set by the government to avoid a stricter clampdown further down the line.”

The NTSELAT recommendations to the Ministry of Housing, Communities and Local Government – you can see our report on them here – will receive a formal response at some point, although timings are unclear with the government preoccupied with the pandemic.

“However, there is a clear trend towards greater regulation of the industry, as evidenced by the Tenant Fees Act and the upcoming Regulation of Property Agents legislation. It would be prudent for letting agencies to take the necessary steps to start disclosing referral fees now so they are ready if and when the government takes action” says Cobbold.

“Providing a transparent service is in the best interests of consumers and should already be a key objective for professional agencies. Firms taking this approach can demonstrate their commitment to customer service” he concludes.