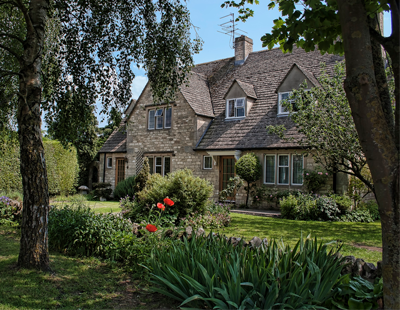 Last week’s announcement of a stamp duty holiday on the first £500,000 of property purchases has prompted a rise in buyers looking for higher priced homes, according to Rightmove.

The portal says that sellers of higher priced homes in the southern commuter belt and outer areas of London have been given a boost by the Chancellor’s market intervention as buyers in these areas are set to make the biggest tax savings.

There was a 49% rise in the number of people looking for properties in the £400,000 to £500,000 price bracket in the week since the announcement, compared to the previous week.

Interestingly, there was only a ‘muted’ increase of 1% in demand for homes priced under £300,000, while the uplift in interest across all property was recorded at 14%.

Milton Keynes, Watford, Harrow, Chelmsford and Ilford were the five locations with the biggest boost in enquiries for properties priced between £400,000 and £500,000 since the stamp duty cut came into force.

Rightmove reports that the number of searches from prospective buyers saw the biggest uplift in the South and East of England, with Borehamwood in Hertfordshire recording the biggest jump of 41%.

Other strong performers in terms of searches over the last week were Caterham, Bruton, Wickford and Rickmansworth. The average asking price of the top ten collectively is just below the new threshold for England and Northern Ireland, at £483,081.

When it comes to sales agreed, again higher priced homes – with an average asking price of £591,508 – came off best with a 54% rise recorded in the week since Chancellor Sunak’s Summer Statement when compared to the week before.

Overall, there was a 35% surge in sales agreed between the two weeks, with second-stepper transactions rising by 33% and first-time buyers increasing by 29%.

There was a 5% increase in the number of new sellers coming to market in England compared to the previous week, a figure Rightmove expects to increase further over the next few months as people look to make the most of the stamp duty holiday window.

“The uplift in enquiries is likely a mixture of people looking in new areas to see what they can now afford, changing their search criteria to bigger, slightly more expensive homes, and new movers coming into the market because they now have enough extra budget to move home,” explains Miles Shipside, Rightmove’s commercial director and housing market analyst.

“Our analysis shows that this is going to help the mid-market the most, but all parts of a property chain are vital to keep the market moving,” adds Shipside.

“Although low deposit mortgage options are slowly coming back to the market, first-time buyers who were already exempt from stamp duty up to £300,000 may find that they will be competing with some buy-to-let investors also looking to make the most of the stamp duty savings in this sector of the market.”

← Maidstone regeneration – renovation of iconic 1930s house moves closer Q&A - what is the difference between co-living and BTR? →