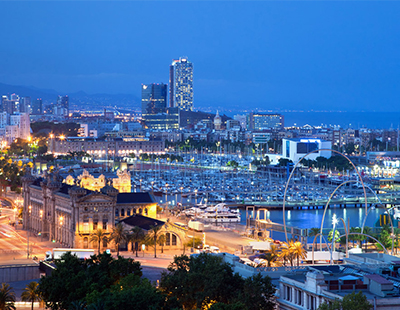 Spain is the UK’s most popular holiday and second home destination and, since July 15, Brits have been allowed to travel there without the need to quarantine upon return.

Here, we outline some of the latest news in the Spanish market – from a new scheme on the Mediterranean coast to a report on the emerging Spanish real estate crowdfunding sector.

GRE Assets has showcased its commitment to the Spanish property market by making it part of its core strategy as the company progresses an ‘exciting new project’ in Spain.

Its latest development is located in the Poblenou neighbourhood of Barcelona and will deliver 63 two, three and four-bedroom apartments by the sea.

Brises Diagonal Mar, as the scheme will be known, follows other GRE developments in Spain. The first phase is due to launch in September 2020.

The firm first invested in Spain in 2015, with a strong tourism economy, international investment, the expansion of Barcelona airport and a limited supply of new-build apartments all factors in convincing GRE Assets to invest there.

Over the past five years, the company has expanded its international operations through the delivery of its Morales and Bac de Roda projects, as well as the opening of offices in Barcelona and Madrid.

The company says responding to demand and bringing a new specification to the Spanish housing market has been the key to its success.

With 70% of apartments on the market in Spain 20 or more years old, GRE says that there is now a surge in buyers looking for high-quality, energy efficient and smart new-build apartments. It has responded to this by creating new communities in Spain which combine the latest technology and new materials with contemporary design and the provision of outdoor space – with the latter ever-more important post-pandemic.

Laurence El-Kassir, group commercial director at GRE Assets, commented: “When we expanded our operations into Spain, we needed to understand the market so having a team of locals who were familiar with the region and culture has been essential.”

He added: “We had already identified a demand for apartment living, but our experience in the UK meant we were able to create new energy efficient and secure communities which were in short supply in the Spanish market. It was also extremely important to have accurate prices for our clients as Spain was experiencing price fluctuations in 2015 and we wanted to ensure returns on investment.”

El-Kassir went on: “We are extremely proud of the work we have done in Spain and are seeing a growing trend towards new build properties. The Covid-19 pandemic has made buyers rethink their priorities when choosing a new home and research has shown that outdoor space is high on the list.”

“Due to this, we would also expect other developers to follow suit by delivering higher specification apartments which offer spacious contemporary living as well as private terraces and balconies.”

As well as Brises Diagonal Mar, Bac De Roda and Morales in Barcelona, GRE Assets also has a number of key developments in the UK including Nene Wharf Apartments in Peterborough, Riverside Park in Ashford, Brighton Marina, City Tower in Reading and One Smithfield Square in Manchester.

Property crowdfunding, where a number of investors club together to purchase a single property asset, which they each own a share of but don’t manage, has grown in popularity in the UK in recent years, with the number of active crowdfunding platforms in the UK estimated to be 41 at present. The first was only founded in 2012.

Since 2016, Spain has also witnessed a surge, according to BrikkApp, a Europe-based real estate crowdfunding marketplace that connects investors with property investment platforms from all across the world.

While the Spanish real estate market has been through some tough times, including the Spanish financial crisis between 2008 and 2014, where property prices fell by almost 42% – every crisis brings new opportunities. After 2016, there was a surge in new crowdfunding platforms, with several of them becoming major players in the European real estate crowdfunding market since.

According to the report, the Spanish market currently hosts 17 real estate crowdfunding platforms, with 75% of these founded between 2015 and 2017. In the last three years, four platforms have entered the market, while only one has exited it.

The total volume of all funded projects in Spain now exceeds €171 million, with the average value per project standing at €305,000.

BrikApp, a Czech startup founded in October 2018 by a highly experienced team of real estate professionals, data analysts and software developers, previously explored the UK crowdfunding market and found that there were 41 active platforms as of February 2020.

You can see the full UK report here.

← International student drop-off leads to oversupply of rental properties Insight: are beach huts a worthy investment or a waste of money? →