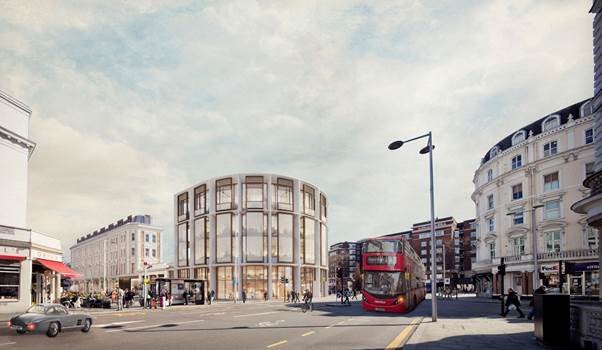 Plans have been submitted to repair and enhance South Kensington Tube station buildings and the surrounding streets, providing new homes, workspace, shops, and step-free access to the Circle & District lines.

The plans, submitted by Native Land and Transport for London, follow consultation with local residents and other key stakeholders, including three public exhibitions as well as five pop-up stalls at the Natural History Museum, Science Museum, Imperial College London and the South Kensington Station subway.

As the gateway to London’s museum and cultural quarter, South Kensington Station is one of London’s busiest, with around 34 million passengers, including residents, workers, tourists, concert goers, university students, school children and hospital patients travelling through the station every year.

Alasdair Nicholls, chief executive of Native Land, said: “Our proposals will provide contemporary architecture of the highest quality that respects its unique historical context, providing new homes, including 35% affordable housing, and a contemporary range of shops, restaurants and workspaces.

“We have listened carefully to feedback on our plans and believe this is a considered scheme that responds sensitively to its context.

“It will help bring a renewed sense of place to South Kensington, befitting its status as the gateway to London’s internationally renowned museum and cultural quarter.”

The proposals will see the development of four storey building at the front of the station, referred to as ‘The Bullnose’ because of its unique shape. The ground floor will provide retail opportunities, while upper levels will offer workspace.

There will also be a new station entrance on Thurloe Street.

Scott Anderson, senior property development manager at Transport for London, said: “The proposals to enhance South Kensington, which build on extensive consultations, embrace the unique and historic setting as well as the station’s role as a gateway to some of the most important and treasured cultural institutions in the world.

“The development will protect the heritage of the Tube station and provide new affordable homes as well as upgraded retail opportunities and commercial space, while generating vital revenue to reinvest in the transport network.”