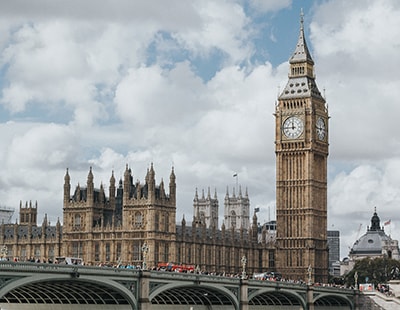 A Liberal Democrat Baroness says she is to make a last-ditch bid in the House of Lords tomorrow to stop evictions going ahead following the end of the ban.

Lib Dem Olly Grender will use a procedural motion known as a Prayer To Annul in the Lords to try to block evictions.

This little-known and little-used procedure could force a vote on the government’s wider Coronavirus measures.

Baroness Grender hopes such a move will galvanise opposition to evictions: a Labour peer, justice spokesperson Lord Ponsonby of Shulbredeh, has himself tabled a so-called Regret Motion against the end of the ban.

Baroness Grender has told the Mirror newspaper: “This government made a promise that no renter who has lost income due to COVID would lose their home, yet … tens of thousands are facing that very real threat.

“Rather than scrapping no-fault evictions as promised in the election, Tory ministers are enabling evictions of an estimated 55,000 private renters.

“People who have been furloughed, made redundant, have children going to a local school are all under threat. If this goes ahead countless families will find themselves without a home, on this government’s watch, in the midst of a pandemic.”

The Grender measure, if approved, will effectively force the government’s hand on the Renters’ Rights Bill, which already pledges to abolish S21 notices, reform the repossession process, create a ‘lifetime rental deposit’ and widen access to the so-called rogue landlords and rogue agents database.

However housing minister Christopher Pincher recently indicated that it may well be 2021 before the Bill is introduced into the House of Commons for debate; the Grender measure, if successful, will escalate that process.

In response the government says: “We’ve taken unprecedented action to support renters by banning evictions for six months, preventing people getting into financial hardship and helping businesses to pay salaries.

“To help keep people in their homes over the winter months, we’ve changed the law to increase notice periods to six months and introduced a ‘winter truce’ on the enforcement of evictions for the first time.

“In addition, we have put in place a welfare safety net of nearly £9.3 billion and increased Local Housing Allowance rates to cover the lowest 30 per cent of market rents.”

← Many tenants worry about ability to pay rent, says PropTech firm Half of FTBs delay buying a home due to COVID-19 →