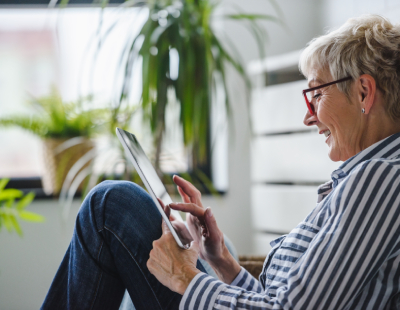 The firm recently had its research paper ‘Senior Housing in Scotland: a development and investment opportunity?’ published in the Journal of Property Investment and Finance.

The research, carried out in partnership with the University of Aberdeen and the Elderly Accommodation Counsel, set out to discover the level of demand and supply of age-related housing in Scotland.

It found that the level of supply at a county level is significantly below where it needs to be to meet demand, with some particularly striking regional differences.

Andrew Fyfe, founder of Sovereign Property Partnership and co-author of the research, sits on the Scottish Government cross-party group entitled: ‘Older People, Age and Ageing’, which focuses on helping the Scottish Parliament to address the challenges of an ageing population.

In his research, Fyfe found that across the statutory, voluntary and private sectors the average percentage of supply of senior housing units versus the population of over-65s in Scotland stood at only 5%, with supply by region varying from as high as 17% in Dundee to as low as 1% in Orkney.

“Data from the Scottish Government and the Elderly Accommodation Counsel formed the basis of our figures and the results are quite staggering,” Fyfe said. “Given that by 2035 over 30% of the population in Scotland will be over 60 (presently 23%) and by 2039 over 800,000 people will be aged 75 or over (an 85% increase), preparation and planning for new supply of senior housing would seem urgent to give seniors choice on the type of housing that suits their needs and to avoid a housing crisis among the elderly.”

Professor Norman Hutchison of the University of Aberdeen, who co-authored the research, holds a similar viewpoint.

“The forecast growing demand considered against the current undersupply of senior housing presents an opportunity for housing developers to plug the gap,” he commented.

“Our research also revealed a latent demand among the most elderly to lease their home, opening up an opportunity for investors. The design of new developments should be flexible to allow for changes in need as the occupier ages and include the latest IT solutions to home living.”

How many senior living homes are on offer in Scotland?

According to data obtained from national charity the Elderly Accommodation Counsel (EAC), there are just over 5,600 senior living units available for private sale and rent in Scotland, with a unit typically being a one or two-bed flat or house. (There are, by contrast, very few three-bed units).

In the public sectors, there are another 40,700 units combined, the EAC data shows, but even with the public sector statistics considered, the report says the numbers would appear to fall far short against the perceived demand for these types of accommodation.

The report adds: “It is recognised that there are also significantly different levels of average earnings, house prices and rental prices in these areas which would be factors in determining whether a new scheme would be profitable. In areas where it is not profitable for the private sector to build senior housing, provision of new supply may have to fall on the shoulders of the statutory and voluntary sectors, with the financial support of the Scottish government.”

What about the future pipeline?

The report says it is difficult to quantify the exact future pipeline of supply in the private sector, but according to statistics provided by Knight Frank, there were around 20 planning submissions for senior-specific housing developments in Scotland comprising a range of sizes, as of June 2020.

In total, the number of units included in these planning permissions reached around 2,500.

A shift in focus?

Senior living, big business in the US for many decades and growing in parts of Europe, is a model which sees older people rent, rather than own, their own home, typically in complexes with communal facilities and on-site care.

The supply of rental properties and institutional investment in senior housing is on the rise, according to the latest stats. A Knight Frank report in 2020 forecast that the number of private sector senior housing available for let in the UK will increase from the current base of 5,000 to more than 13,000 by 2024, on the back of ‘housing with care’ operators allocating some of their stock to the rental market.

“It is worth noting, however, that even with this increase the rental market will still only account for 3% of the total number of private senior housing units,” the research qualifies.

“All indications are that the rental model will become more prevalent in the years to come, thus giving more choice, but housing for purchase is still the dominant option available in the senior housing market.”

That said, home ownership rates have been falling in the UK for a number of years, down from 73.3% in 2007 to only 65.2% in 2018. This overall trend means it’s likely that more older people will consider moving into the private rented sector in coming years.

A blend of products, including BTR developments ‘specifically geared towards older people’, seems to be the direction of travel, especially with ownership rates declining and average ages increasing.

“There is already evidence of a change in this subsector with AXA the main investors in Retirement Villages Ltd, Legal and General involved with Inspired Villages and Goldman Sachs with Riverstone Living. However, evidence from the US would indicate that convincing investors of the opportunity may not be straightforward.,” the report says.

Is BTR for older people the answer?

In recent years, the UK has seen a significant rise in the BTR sector targeted at the general housing market. Significant institutional investment has been attracted to this fast-growing sub-sector.

While there have been relatively few BTR schemes in Scotland, to date, the research argues there would be appear to be an opportunity to extend this letting model to senior housing in Scotland and across the UK.

“This may well be an opportunity that the investment community would welcome and help support the development of much-needed extra supply,” the report concludes.

“While it is acknowledged that this research has focused on Scotland, with a population of only 5.5 million people, it is likely that many of the issues and possible solutions outlined in this paper will have resonance in many developed countries across the world.”

The report adds: “According to the United Nations, virtually every country in the world is experiencing growth in the number and proportion of older persons, with the population aged 65 and over, growing faster than all other age groups. The health, well-being and provision of appropriate housing for this segment of the population is likely to be one of the great challenges that many countries will face over the decades to come.”

You can read the full research here, but bear in mind it’s behind a paywall.