Securing a Spanish mortgage after Brexit – what do you need to know? 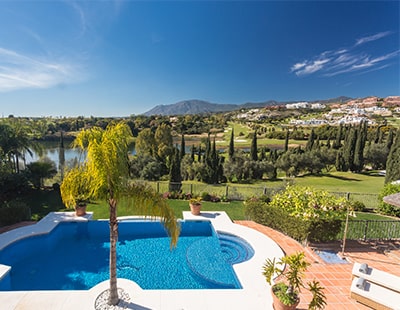 With the transition period for the UK leaving the EU ending in a matter of weeks, there is no doubt that life will be very different for many of us post-Brexit.

While indications suggest that nothing much will change when securing a Spanish mortgage, Brexit could throw up some potential issues and implications.

Fortunately, specialists at Fluent Finance Abroad have outlined some of the most frequently asked questions regarding mortgages, resident and non-resident implications, and general property-related issues for a post-Brexit era.

We reproduce these in full below.

Will I still be able to get a Spanish mortgage after Brexit?

“As a non-resident, providing you have proof of income and solid credit history, you will be able to secure a mortgage for the purchase of a property in Spain post-Brexit. From our conversations with many Spanish banks, we are led to believe that nothing much will alter – however, the criteria is already beginning to tighten in some areas regarding lending, and we at Fluent Finance Abroad envisage many more changes to come.

For example, some banks are even now restricting lending to 60% loan-to-value as a maximum for UK associated clients. Others are being a little more generous. Fundamentally, it depends on the internal evaluations of the new lending risk which is presented by Brexit and accepting mortgage applicants from the UK.

Lending risk is under constant review within the banks and, within these reviews, the banks’ appetite for accepting risk is accordingly modified and managed.  So, while it might appear that not much will change, what does change could have a profound effect when trying to get approved for a mortgage.”

If I want to take out a mortgage, what type of consumer protection is in place to prevent me from being mis-sold an unsuitable mortgage product?

“We have been asked this question many times. With the introduction of the Mortgage Credit Directive (MCD) adopted by the European Commission in February 2014, this in essence was designed to prevent irresponsible lending and borrowing behaviour within the EU, and thereby potentially protect anyone wanting to secure a mortgage.

As you can appreciate, this is an EU directive, so while the UK may continue to observe and comply with the European system, inevitably over a period of time differences will appear between the two. So, post-Brexit and over the longer term, things will begin to differ and confusion and misinterpretation of consumer rights for UK clients could become an issue.

Fluent Finance Abroad is fully qualified and regulated by the Bank of Spain under ley de creditos inmobilarios LCCI 5/2019 with a Bank of Spain registered company number of D305. We are fully authorised and comply with all of the rules and regulations that govern consumer protection. This may not sound particularly important, however, it’s absolutely critical when it comes to ensuring your safety and security when obtaining a mortgage in Spain.

Our advice is never to try to obtain a mortgage with an organisation that isn’t regulated.”

I already have my Spanish residency, so how much can I borrow and are there different qualifying criteria?

Rates are better as a Spanish resident than they are for non-resident lending.  For example, the best deal we have been able to obtain recently has been a variable rate mortgage with a spread above Euribor of 1 point (Euribor plus 1).

Fixed rates are still very attractive for many clients, and we currently have a 20-year fixed rate deal of 1.79% available, so long as you take out the lender’s life and home insurance.

To qualify as a Spanish resident for lending purposes, you will usually have to prove that you have been declaring your income in Spain for a minimum of two to three years, depending on the lender. There are some lenders who would consider a shorter period, but you would need to be a Spanish taxpayer in all circumstances.”

Once I purchase the property, will I still be able to rent it out post-Brexit?

“Yes, you will be able to rent the property out in the same way as pre-Brexit, provided it has the correct short-term rental licence. Just remember that each of Spain’s 17 autonomous regions has its own rules and regulations in this regard, so make sure you seek professional advice. Long-term rentals do not need to be licenced in the same way.”

Will I have to pay more taxes on the rental income from my property?

“As we currently understand it, from January 1 2021 there will be a slight rise in taxation on rental income for UK owners, which falls in line with the tax paid by all non-EU citizens, currently levied at 24%.”

How long will I be able to stay in my Spanish property as a non-EU resident?

“As of today, there are no clear rules set out regarding the length of time a British citizen can stay at their property in Spain post-Brexit.  Under the current rules for non-EU individuals, you have the ability to stay within Spain and the Schengen area for a maximum of 90 days within a 180-day period without having to obtain a visa. For those wanting to stay longer than 90 days, this is currently an issue for discussion with the authorities regarding extended stay permits, but as of now we have no further information.  As soon as we do, we’ll let you know.

If, however, you invest in property in excess of 500,000 euros you will then qualify for a non-EU citizen Golden Visa which allows multiple entries to Spain for the whole family, although certain conditions will apply. Another advantage of the Golden Visa is the option to only visit Spain once a year if you wish, but still retain the Golden Visa. This visa needs to be renewed every two years.”

Can I get my Spanish residency if I buy a property before 31 December 2020?

“Under the withdrawal agreement, all British citizens who register for residency in Spain before December 31 have the right to live in the country with the same rights as EU citizens. In July, the Spanish Government brought in a new residency card for British applicants called the TIE, the Tarjeta de Identidad de Extranjero, a biometric residence card which will prove your rights under the withdrawal agreement.

You will need to prove that you are planning to be in Spain for the long-term and have a copy of the title deeds to your property, or a long-term rental contract.  Before you can secure this card, there are a number of criteria that you have to meet regarding income, healthcare provision, bank funds etc, which of course depend on the circumstances of each individual applicant.

If you wish to apply for a Spanish residency after December 31, we envisage that there will be different immigration procedures to follow, however the details are unknown at this stage.”

For further information on any of the issues raised, you can contact Fluent Finance Abroad on +34 952 85 36 47 or get in touch via info@fluentfinanceabroad.com.