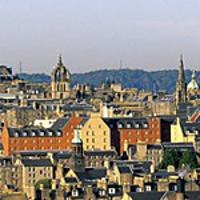 The volume of Scottish house sales surged at the end of 2020, analysis of ONS data from property firm Apropos by DJ Alexander has found.

Between September and November there were 35,610 property transactions, up from 16,220 between June and August.

The 119% increase was much greater than the volume of transactions across the rest of the UK. The UK figure was 48% up; in England it rose 44%; in Wales it increased 66%; while in Northern Ireland it was up 77%.

David Alexander, joint chief executive officer of apropos by DJ Alexander, said: “These figures highlight just how successful the stamp duty holiday has been across the whole of the UK with each nation recording substantial increases in the volume of sales coupled with rising prices.”

“However, it is clear that Scotland has been enjoying a greater boom in house sales than the rest of the UK with more than double the volume in the latest three months compared with the previous three-month period.

“Given that the relaxation of the threshold for land and buildings transaction tax (LBTT) in July is clearly the source of this housing boom it would seem questionable to let this suddenly end on the 31st March.”

Alexander added: “With the Scottish budget happening next week it would be the ideal opportunity for the Scottish Government to signal its intent on preserving the growth in the property market by announcing a continuation of the stamp duty holiday beyond March to ensure there is no sudden decline in activity.”