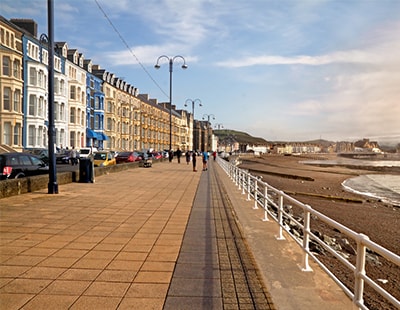 The scenic Welsh town of Mumbles has been named as Britain’s top coastal property hotspot by Rightmove.

The town has seen average asking prices rise by 47% since 2015, the largest five-year increase of any coastal area across the UK.

According to local estate agents, rising prices in Mumbles are down to its outstanding beaches and a new seafront development called Oyster Wharf.

“You can get a lot more bang for your buck here, despite the rising prices, than in places like Cornwall and Devon,” says Ben Davies, managing director of Belvoir Estate Agents in Mumbles.

“It’s popular for people who work in London part of the week, as there’s a direct train link from Swansea to Paddington.”

“This year especially, we’ve seen a marked increase in purchases from buyers in London and Bristol. Now that people can work remotely, I think they’d rather have sea views whilst they work that blocks of concrete,” says Davies.

In third place is Cornwall’s Fowey, with a 45% five-year asking price rise meaning sellers are now typically asking for £487,531.

Sandilands in Lincolnshire and St Margarets-at-Cliffe in Kent make up the top five with respective five-year asking price rises of 43% and 42%.

Meanwhile, the top ten is completed by Aberavon in Port Talbot, St. Agnes in Cornwall, Greatstone in Kent, Mundesley in Norfolk and Benllech in Anglesey – all of which have experienced average asking prices rising by 40% or more since 2015.

“Relocating to a coastal area is a dream move for many home-hunters and it’s safe to say that lockdown has intensified that desire to live beside the sea for many people,” explains Tim Bannister, Rightmove’s director of property data.

“Properties in seaside towns usually come at a premium, but what’s fascinating about this list of coastal price hotspots is that there’s a relatively wide range of price points.”