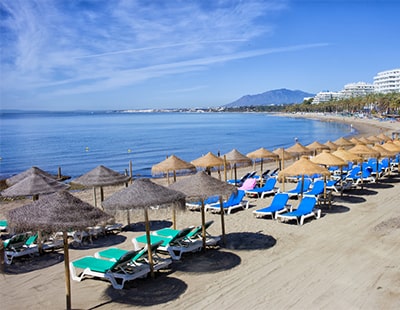 With it being predicted that 800,000 to one million homes in Spain are owned by British citizens, with 381,000 of those currently residing in Spain, an international law specialist has advised that UK homeowners in the country must get their estates in order.

Since the 1960s, British citizens have flocked to Spain to either migrate or have a holiday home, with many purchasing in well-known resort towns and areas such as the Costa del Sol, Costa Blanca and The Balearic and Canary Islands.

Many of those acquiring Spanish properties are retired empty-nesters, which makes it imperative that they plan how they would wish for their estate to be distributed in the future, both in the UK and in Spain.

However, with travel restrictions and countries in lockdown in recent months, what impact has Covid-19 had on distributing an estate when the deceased had assets in both the UK and Spain?

Roser Coll Anglada, a leading lawyer in international law and partner of Probate in Spain by Temis & Co, which is based in Barcelona, commented: “Under such challenging times and circumstances, we have seen an increase in requests for help from international clients suffering a bereavement, where assets such as a second home in Spain was owned by the deceased.”

“We have been assisting clients which form part of that generation of thousands of British nationals who bought property in Spain in the 1960s and onwards.”

She added: “They are usually in need of legal assistance when it comes to planning their estate following a property purchase in Spain. However, we are currently supporting many more executors and beneficiaries who find themselves in the unfortunate position of dealing with an estate in Spain following the death of a loved one.”

Roser explains that the pandemic is having an impact on wills and estate administration in Spain.

“Due to Covid-19, the number of Spanish wills being written and registered by foreign individuals and in particular from owners of Spanish property living in the UK has doubled the workload in our Wills and Estate Administration department,” she said.

Despite this, she says, some do not get around to writing a Spanish will because buying a property in Spain is a happy occasion and the start of a new life chapter for most.

“Writing a will is the reverse, it documents an end of life chapter, so I can empathise with those who buy a property and choose not to think about the end!” Roser continued.

“The recent pandemic, which may not have an end for many months to come, has forced those who do not have a will but own a property in Spain, to consider the benefits of writing one.”

Simply put, she explains, having a Spanish will saves money, time and worries for the beneficiaries and executors of an estate in Spain, making it far simpler ‘to expedite the execution of the inheritance’ and ‘avoid any unpleasant surprises’.

“Suffering a bereavement is traumatic enough, without having to deal with uncertainty surrounding the estate in the absences of a will for assets in a foreign country,” Roser said.

“Managing your assets in Spain correctly is vital if you are to protect the money you have invested in your Spanish home.”

By way of example, she points to a client who had bought a property in Marbella fifteen years ago, who wanted to understand the legal and the inheritance tax implications of transferring their share to their children during their lifetime, as opposed to making their Spanish wills and appointing the children as beneficiaries upon their deaths. “Taking correct advice ensures you make the right decisions for you and your beneficiaries,” Roser advised.

“In such cases the sale can still be handled, but our advice is that it is imperative to deal with an English-speaking Spanish solicitor in Spain whilst you remain in the UK and one that understands cross-border laws and implications,” Roser explained.

“This way you can be sure of a smooth sale without issues. Communication and experience really are key – language barriers leading to misunderstandings and misinterpretation of the law, is a recipe for potential financial disaster and distress.”

In short, she concludes, if you own assets in Spain then you should take legal advice from an international legal and financial specialist on how best to treat them in your will.

“If you are the beneficiary or executor of a property in Spain following a death, use an international lawyer that is fluent in English and can demonstrate experience in second home sales for UK citizens.”

“Use the countries’ respective will register – in Spain it’s the Spanish Last Wills Registry and in the UK it’s The National Will Register operated by Certainty – to check if a will has been registered by the deceased that provides you with the relevant information you require to distribute the estate correctly.”

As had been widely expected, the government has removed its controversial quarantine policy – which asks people re-entering the UK to quarantine for 14 days regardless of their individual circumstances or symptoms – for people arriving in England from more than 50 countries.

According to the Department for Transport, a number of countries including France, Spain, Germany and Italy will no longer be tied to the quarantine policy from July 10.

The UK’s quarantine restrictions were only enforced in early June, in an attempt to stop coronavirus entering the country at a time when UK infections were dropping, but the government faced heavy criticism for introducing this measure too late.

As a result of the new exemptions, people arriving from selected countries will be able to enter England without needing to self-isolate, unless they have been in or travelled through non-exempt countries in the previous two weeks.

Transport Secretary Grant Shapps said countries on the exemption list would be labelled as either amber or green, in line with a traffic-light system that monitors the prevalence of Covid-19 in each country.

Shapps explained that all amber countries – including France, Germany, Italy and Spain – would have ‘reciprocal arrangements’ in place. This means travellers from the UK will not have to quarantine on arrival there either.

A red list of countries will also be produced, including the US, where the same quarantine restrictions will still apply upon a person’s return.

Meanwhile, countries categorised as green, where levels of coronavirus are ‘very low’, would have restrictions for UK arrivals, Shapps said, to reflect the fact that infections in the UK are higher than the countries being visited.

He cited New Zealand as a good example of this. “They do have restrictions when you arrive, but we thought it was right to include them [on the UK’s list of exempt countries] because people may want to come here from New Zealand, and that’s no particular threat to our hard-won gains that everyone’s been going through, staying at home.”

Greece, despite low levels of infections and deaths, won’t be on the amber list to start with, because the country is not at present allowing flights from the UK.

Some of the UK’s overseas territories, such as Gibraltar and the Falkland Islands, will be either on the green or amber list, alongside smaller states much less affected by Covid-19 such as the Vatican.

The devolved nations have yet to follow suit, with Wales, Northern Ireland and Scotland still not decided on whether they will fall in line with England and relax restrictions on international travel.

The full list of travel corridor countries can be seen here, along with further guidance surrounding the travel corridors. Ireland, the Channel Islands and the Isle of Man were already exempt as part of the common travel area, while the 14 British Overseas Territories will be exempt, too.

Further countries may be added to the list as discussions continue between the UK and its international partners.

← Could the changes to UK planning laws lead to opportunities for investors? ARLA leadership to be merged with NAEA at start of 2021 →