Rents soar outside London – but dip in the capital itself 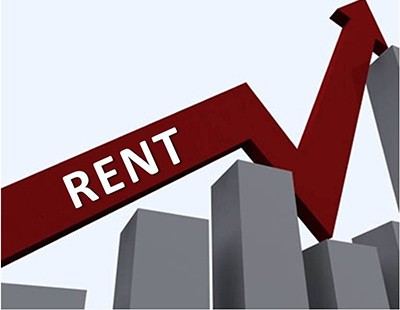 The latest rental market snapshot produced by HomeLet shows average rents outside of London soaring to higher levels and dropping in the capital itself.

The average rent in the UK is now £997, up by 4.0 per cent on the same time last year and another record-high average price.

Every region bar London saw a rise in rent prices year on year – when excluding London, the average rent in the UK is now £854, up by 6.4 per cent on last year

Rent prices in East Midlands fall by 0.7 per cent compared to last month – now at an average price of £704 per month.

Andy Halstead, HomeLet chief executive, says: “We’ve seen from sharp house price spikes across the country that the Coronavirus pandemic changed what Britons are looking for in a property.

“Many said to be looking for properties offering more living space; for those working from home as an example, that’s also the case in the private rented sector.

“Rental properties continue to play a crucial role in meeting the demands of people up and down the country, and the flexibility and responsiveness shown by the private rental sector will be vital in the coming months as the country opens up again.

“As rents increase, we’ve also seen an increase of over 10% in suspicious and fraudulent applications for let property; with backlogs and delays in processing evictions, the demand for high-quality tenant reference and insurances has never been higher.

“The overwhelming success of the vaccination drive brings hope that returning to some form of normality could be on the horizon. However, we would still caution that millions could be made unemployed at the end of the furlough scheme – posing considerable problems in tandem with an unbalanced rental market.

“Whilst the government looks to stimulate homeownership, the importance of the private rented sector can’t be understated and should not be overlooked.”