Rents and prices in Portugal drop as a result of coronavirus, research claims 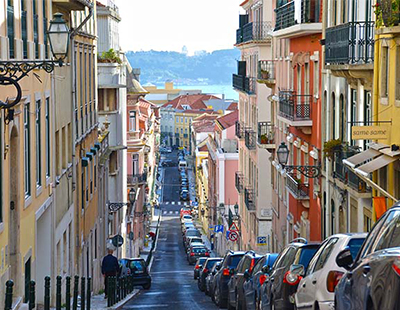 In recent weeks, many industry experts have been singing the praises of Portugal as a safe haven for overseas investors, given its excellent reaction to the Covid-19 crisis, favourable tax regimes and the attractions of its weather, cost of living and relatively affordable property prices.

But new data from Imovirtual – a Portugal-based property portal – has painted a slightly more negative picture when it comes to house prices and rents in the country.

According to its findings, the average price of properties listed on Imovirtual for sale in Portugal was €359,497 in May 2020, having dropped by 0.8% in the previous month.

In May, the district that showed the biggest rise in percentage price variation compared to April was Vila Real, with a growth of 4% (up to €182,160). However, it is not one of the most expensive regions to purchase a property.

Lisbon, by contrast, remains the most expensive district to buy a property in Portugal with a property costing on average €592,709. However, compared to the previous month, the average sale price fell by 0.7%.

The other three most expensive districts to buy a property, Faro, Região Autónoma da Madeira and Porto, also witnessed a decrease in the average sales price of 0.45%, 0.9% and 0.6% respectively.

In spite of a general decrease in the average rental price, Beja once again enjoyed the highest percentage growth of 13.6%. Compared to April, rents of properties announced in this region increased by around €80.

Contrary to this sharp growth in the district of Beja, Portalegre registered in May the biggest drop in average rental property price, declining by 10%. Portalegre, a region found near the Spanish border on the green slopes of the São Mamede mountains in North Alentejo, is now the cheapest district to rent a property in the country, with an average monthly price of just €311.

The capital did not show a noticeable difference in the average price announced from April to May. Nevertheless, Lisbon leads the list of the most expensive districts to rent a property, with an average rent of €1,459pcm.

As well as Portalegre, Guarda, Castelo Branco and Bragança were the other districts that had lower average rental prices in May, down to €344, €376 and €377 respectively.

Although there have been some oscillations over this period, the average price has been growing with special emphasis from October 2019, reaching its peak in April 2020.

Lisbon – an increasingly popular tourist destination and young professional hotspot – was the district with the second highest average price variation of listed properties, having registered a percentage increase of 18% in prices between May 2019 and May 2020.

The capital has proved to be the most expensive district to buy a house for more than a year now, while Castelo Branco remains the cheapest district to purchase.

The districts that registered the biggest percentage drop were Portalegre (down by 42%), Faro (down by 31%) and Évora (down by 20%). Braga and Porto, meanwhile, both witnessed a decrease in average rental prices of 17%.

Beja, a small city and municipality in the famous Alentejo wine region, by contrast recorded the highest increase in average prices, up by 19%, moving the average monthly rent from €541 in May 2019 to €644 in May 2020.

Imovirutal says the average rental price in Portugal fell sharply in June last year – however, after that decrease, it remained stable over the rest of the period, with slight fluctuations particularly between September and December. Since then, there has been a deceleration in prices.

We recently analysed why many consider Portugal to be a safe haven for investment in these trying times, as well as looking at why Brits should invest in overseas property now, with Portugal an especially attractive option.

In April, we also explored why investors should be considering the eastern Algarve, in particular inland resorts.

← Revealed – three key property trends caused by Covid-19 Q&A – why should you invest in Uruguay? →