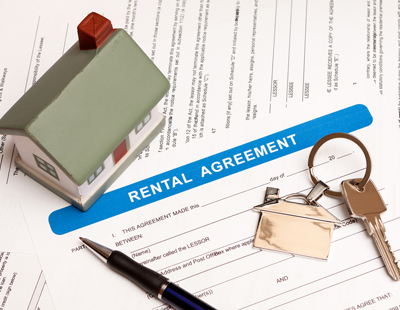 It is now cheaper to rent a home than buy one – the first time this has been the case since late 2014.

An analysis by the Connells-owned Hamptons agency says that in May the average tenant in Britain spent £71 per month less in rent than if they were servicing the repayments on a 90 per cent loan-to-value mortgage on the same home.

This means they would have spent a monthly average of £1,054 on rent compared to £1,125 on mortgage repayments.

This is a switch-around to the position just before the pandemic.

Hamptons says that right now there are only four regions in Britain where it is cheaper to buy than rent – the North East, North West, Yorkshire & Humber and Scotland.

Despite rents across Britain rising by an average 7.1 per cent over the last 12 months, strong house price growth coupled with increases in higher loan-to-value mortgage rates have added to the cost of buying and owning a home.

London has seen the largest shift since the start of the pandemic.

A buyer putting down a 10 per cent deposit on a property in the capital will have gone from being £123 per month better off buying in March 2020, to spending £251 per month less on rent in May 2021.

Falling rents in the capital have made renting cheaper relative to buying by a bigger margin than anywhere else. And Hamptons says that with rents still falling, the differential looks set to continue growing.

For buyers with just a five per cent deposit, renting becomes even cheaper than buying on a monthly basis.

This is in part due to the increase in interest rates on 95 per cent LTV mortgages over the course of the pandemic.  A buyer  putting down a five per cent deposit will on average spend £195 per month more than if they had carried on renting.