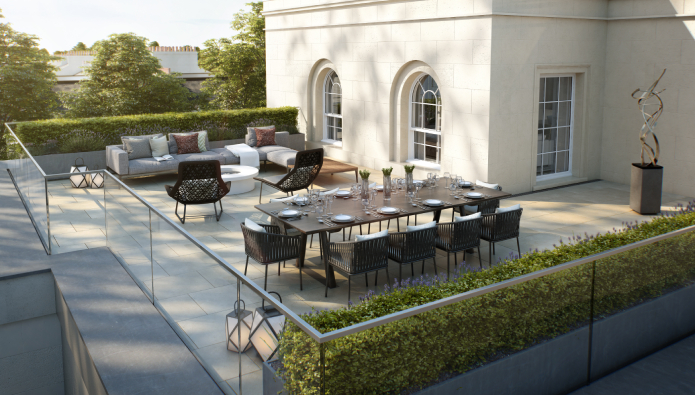 Off the back of this success, the scheme is now releasing to market this month a new selection of apartments, including a five-bed penthouse with a large terrace marketed at a whopping £15.45 million – putting it at the very super-prime end of the market.

Over half of the crescent apartments have now been sold, and sales in the last year have totalled £140 million – largely to UK-based owner-occupiers as a result of Covid restrictions.

“We achieved 21 apartment sales at Regent’s Crescent last year despite the very challenging market conditions, which speaks of this project’s exceptional offering as London’s only Grade I-listed new-build residences,” Chris Richmond, head of sales at CIT, the developer behind the scheme, said.

“The purchasers were predominantly owner-occupiers based in the UK, with Covid conditions limiting the international markets’ access to UK property. The on-site residents’ amenities are integral to our development offering and are expected by buyers in a project of this calibre. They afford a level of privacy and convenience that our residents demand. It’s also why we are achieving prices in excess of comparable local properties without a world class amenity offering.”

Harri Williams-Jones of Savills’ development consultancy team added: “Regent’s Crescent is one of the strongest-performing schemes in PCL. The combination of new build construction within a reimagined Nash building is a highly desirable prospect – coupled with the access to gardens and one of London’s largest resident amenities, it ticks a lot of boxes for PCL.”

What is Regent’s Crescent?

Found on the very edge of Regent’s Park in increasingly trendy Marylebone – one of the newest kids on the PCL block – the scheme is within touching distance of one of the most famous Royal Parks, spanning 400 acres. 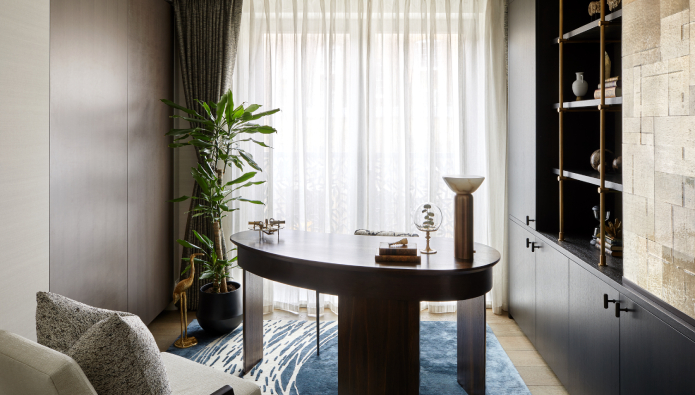 In recent years, Marylebone has established its reputation as one of the most sought-after locations in PCL. It’s home to some of the capital’s ‘hottest hotels and restaurants’, including Chiltern Firehouse and ‘long-standing gems’ such as The Langham Hotel.

Regent’s Crescent is only a two-minute walk from Regent’s Park and Great Portland Street Underground stations and minutes from Marylebone High Street, Marylebone Lane and Charlotte Street, which the developer says all offer a wealth of boutiques, cafes and restaurants.

What is its history?

It was originally designed by John Nash – one of the most renowned British architects of the Regency and Georgian eras – in 1820, following a commission by Prince Regent, later King George IV, to create homes for his family and friends.

Regent’s Crescent was badly damaged during wartime bombing and was ultimately replaced with 1960s office buildings ‘behind a poor imitation façade’.

Now, CIT and architects PDP say they are reimagining and restoring the ‘Regency masterpiece’ to its former glory. Given its Grade I-listed status, CIT and PDP are working in close conjunction with both MOLA and Historic England (formerly English Heritage) to ensure compliance with all listing consents and regulations.

The team say this is especially important for the preservation of a celebrated, subterranean 18th century Ice House, discovered on site and used by wealthy Georgians to store ice imported from Norway.

“Standing inside the cavernous and beautifully constructed Ice House at Regent’s Crescent, it is fascinating to think that it would once have been filled with tonnes of blocks of ice that had travelled across the North Sea and along the Regent’s Canal to get there,” David Sorapure, head of built heritage at MOLA, said.

Jane Sidell, inspector of ancient monuments at Historic England, added: “The Regent’s Crescent Ice House is a spectacular new discovery, astonishingly well-preserved and demonstrating the great engineering and construction abilities present towards the end of the 18th century. It is a very exciting addition to the group of scheduled monuments surviving in London. I’ve been delighted to work with the project team to ensure that access will be possible from above and look forward to the completion of the project.”

Who is designing it?

Award-winning practice, PDP London, is overseeing the reimagining of the building’s original façade, as well as its many Regency-inspired exterior features. This includes grand front doors, Regency-style fanlights, stone steps, traditional railings and the reintroduction of the chimney stacks.

“It is an honour to be working on a building of such historical merit and importance,” Ian Law, partner at PDP, said. “Grade I-listed projects are both challenging and hugely rewarding and with Regent’s Crescent, we have the rare opportunity to honour John Nash’s extraordinary talent and creative vision.”

Interior design, meanwhile, has been the responsibility of Millier – an international architecture and interiors studio – which is aiming to combine ‘Regency grandeur with discreet modern luxury’ throughout the building’s interiors. 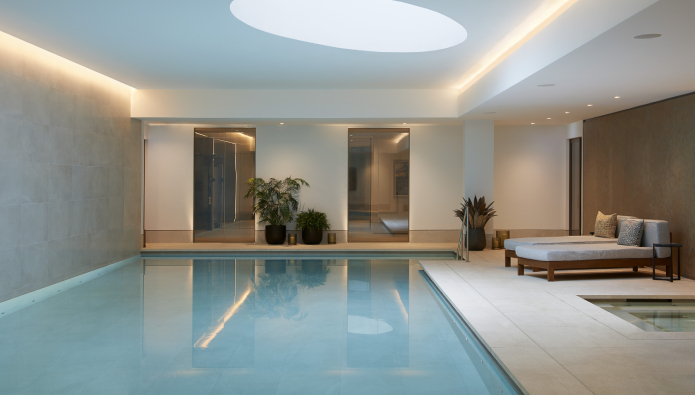 The spaces, many with ceiling heights of up to 4.2m, will feature ‘luxurious marbles, herringbone timber flooring, ornate plaster mouldings and a refined neutral colour palette with accents of burnished bronze’. Millier was also responsible for creating the double height entrance lobby and imperial staircase.

“We are delighted and very proud to be working on the transformation of Regent’s Crescent. Our design retains the regency grandeur and glamour of this magnificent building, whilst discreetly integrating all modern comforts and technology to complement contemporary living,” Helen Westlake, creative director of Millier, explained.

“The building is a piece of history and we are honoured to be reinstating its original use as private residences.”

The landscape garden design, on the other hand, fell to leading experts Bowles & Wyer. The team designed the one and a half acres of secluded private gardens, featuring lawns, mature trees and planted borders.

John Wyer, chief executive at Bowles & Wyer, said: “Regent’s Crescent is a very rare and exciting project. In the private communal gardens, we wanted to reflect elements of the design and planting found throughout Regent’s Park and to create a peaceful haven for residents to enjoy.”

What are the amenities?

Hotel expected to attract hoteliers and developers after price slash

A former Victorian residence in Cambridgeshire is expected to attract attention from hoteliers, as well as care home and residential developers, following a price reduction to below £1 million.

Situated in the historic market town of St Ives, Oliver’s Lodge Hotel is being listed on the market at £995,000 by commercial property specialist Colliers, having previously been on sale for £1,150,000 in 2020.

“The successful vaccination programme and easing of lockdown restrictions are supporting far more positive consumer and investor sentiment than we saw in 2020,” Paul Barrasford, director in the hotels agency team at Colliers, said.

“With a broad range of leisure and corporate guests, plus its position in vibrant Cambridgeshire, there is a strong case to retain Oliver’s Lodge as a hotel. At the same time, we expect the property to attract attention from both care home and residential developers.” 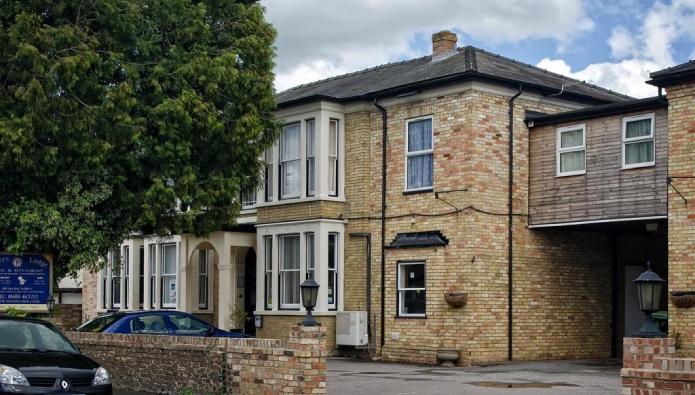 The hotel occupies a site of approximately 0.38 acres on a predominantly residential street in St Ives. It was originally built in the Victorian era as a private residence before later being turned into what is it now – a 20-bedroom hotel.

Made up of 13 double bedrooms, four twin bedrooms, one family room and two single bedrooms, the freehold property also includes a function suite, a residents’ lounge, a restaurant and bar, and parking for 20 vehicles.

The property is being offered for sale because the current owner wants to relocate to be closer to family.

Andrew Gibson House, an iconic Liverpool landmark, is being brought back to life after Alternative Bridging Corporation completed a £3.4 million development loan to aid its renovation and regeneration.

Formerly a care home for widows of seafarers on the Wirral peninsula in Liverpool, the Edwardian property was originally built in 1906, but has been left derelict for more than 10 years. It had even been threatened with demolition until a petition by Save Britain’s Heritage garnered almost 6,000 signatures.

Alternative Bridging Corporation’s £3.4 million development loan will save the building from demolition, funding the regeneration of the property to deliver 34 flats and four houses.

Within the new homes being built, 26 will be used by the Nautilus Welfare Fund – a registered charity that supports retired seafarers and their dependents. 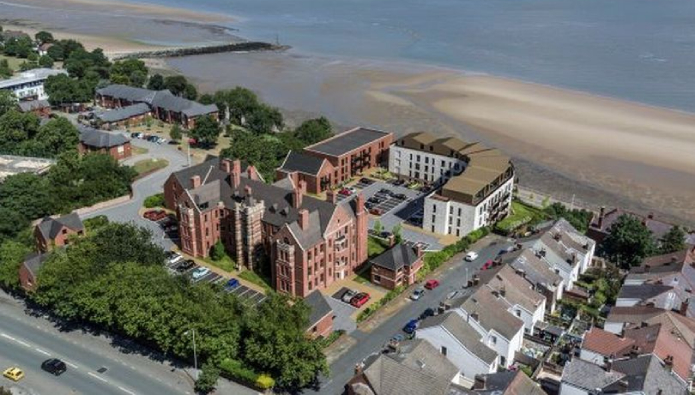 “When the building is as historic and locally important as Andrew Gibson House, the process of securing finance to fund a development is not always straight forward. But at Alternative Bridging Corporation, we have the expertise, experience, and determination to make deals like this work – enabling the developer to save a local landmark and deliver a really positive impact to the community.”

← Auction roundup - things May be even better for auctions this month... Development works – major schemes in the East Midlands and Bristol →