Q&A – will suburban BTR thrive as a result of Covid-19? 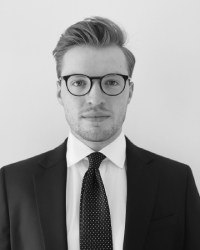 Since the pandemic started, there has been a shift in the number of people seeking homes away from the city, or with more green space nearby. There has also been a trend – seemingly inspired by Covid – for suburban BTR (SBTR), as developers and investors seek to take advantage of the greater desire for high-quality rental housing outside of the cities.

But is this a long-term trend, or just a short-term shift because of the pandemic? Will city living bounce back once a vaccine is rolled out and social distancing measures become less strict?

We caught up with Nick Hammond, head of Build to Rent, Europe at deverellsmith, a global real estate executive search firm with offices in London, New York, Houston and Dublin, for his thoughts on this emerging part of the BTR marketplace.

SBTR has become an increasing trend in recent months, and seems to have coincided with the shift away from city-centre living during the pandemic – do you think this shift will be long-term?

The Covid-19 pandemic isn’t the first time we’ve seen city dwellers flock to the suburbs or rural areas in times of crisis. During The Great Plague of London (which killed 70,000), many who could afford to do so fled the city. But in this instance, and in most other cases historically, this was temporary.

Urban areas have typically offered better prospects for employment, wealth and education; however, this sentiment today has changed due to major improvements in connectivity, improved commutability and greater access to social infrastructure in suburban areas.

In addition, space and the cost of living has gained attention as people re-assess their priorities. Having taken this all into account, this suggests the shift to be long-term.

What are the advantages and disadvantages of a SBTR development, compared to a more urban one?

Urban Build to Tent has been successful at catering for professionals and young families. However, it has been unable to properly tap into the wider demographic of the PRS market. Suburban BTR will typically see a rise in single family homes, which will in turn attract larger families who are seeking additional space, both indoors and out.

On the other hand, tenants in suburban areas tend to be heavily reliant on cars due to less public transportation available. Developers will need to consider this and ensure there is access to road infrastructure around the site.

Furthermore, the main tenant demographic will require close proximity to social infrastructure including schools, GPs, dentists and supermarkets, etc. However, these disadvantages can be minimised should BTR developers acquire the right site.

Now that Legal & General has thrown its hat into the SBTR ring, will other major BTR players follow?

Most certainly – Legal & General were not the first to do this. Previous examples include M&G Real Estate’s purchase of Crest Nicholson’s 227 PRS unit Kilnwood Vale scheme for £51.5m, marking the UKs first low-rise suburban BTR scheme.

In addition, Grainger Plc are currently delivering 3,850 homes at their Wellesley development in the Hampshire countryside, offering low-rise homes with up to three-four bedrooms.

Sigma Capital Plc have also had a successful track record in this space, and other key players such as Packaged Living have announced new platforms to focus on suburban, single family homes. There is no doubt we will see more new and existing players following suit to remain competitive and to tap into the wider PRS market.

Is there a risk in focusing too much on SBTR if, once the vaccine is rolled out, there is a move back again to city-centre living being prioritised?

The Health Secretary, Matt Hancock, recently suggested all companies should consider normalising remote working in a post-pandemic world, meaning workers will be less reliant on city living to be in close proximity to the office. In addition, various polls such as YouGov found a large majority of workers in favour of remote working after the pandemic.

Business leaders are also inclined to favour normalising remote working due to adopting operational models which allow more agile and flexible ways of working, and a more connected culture with their staff.

Less time commuting, attending meetings and far less need for office space will allow companies to minimise costs and give greater focus to their employees. Given this cultural change, it suggests the rise in suburban living is likely to be unaffected.

What should a good SBTR scheme include? And how can full occupancy and regular returns be guaranteed?

Like any BTR scheme to date, developers have designed their buildings with the customers’ needs in mind. In the case of suburban BTR, this methodology should not change and should focus on their target demographic.

As discussed in the pros/cons section of this article, tenants in suburban areas will typically require larger properties with more available bedrooms, more outdoor space and family-friendly amenities on site. On-site staff and level of service remains crucial to ensure tenant issues are dealt with in a quick and timely manner, and to give tenants a sense of belonging and engagement with their neighbours.

In addition, future-proofing these schemes should remain a large focus, as the customers’ needs are likely to evolve in the next couple of years. In one example, there is increasing evidence to suggest more drivers will be using electric cars by 2030, which means tenants will require homes which give access to charging points.

Developers must take examples like this into account, as they do in urban areas, to ensure they are catering for the tenant both currently and in the long-term.

*Nick Hammond and his team deliver recruitment and strategic consultancy across the investment, development and management disciplines of the BTR sector within the UK and Europe. He is MIRPM Build to Rent qualified and host of his own podcast ‘A New Lease of Life’, where he interviews industry leading figures in the BTR sector. You can listen to his podcasts here.

← Auction roundup – The ‘tremendous success’ of online and MMoA Agents now managing more rental units than ever before, says ARLA →