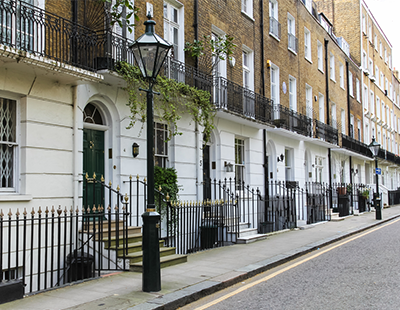 From a developer point of view, W2 has always been a location with so much potential and has been a focus area for Euroterra Capital over the last decade. The postcode has beautiful Georgian architecture and elegant garden squares around every corner and boasts the best back garden in the world – Hyde Park.

One of the reasons it’s been traditionally so popular with young people is that students have such easy access to the three main world-famous universities and the fashionable nearby neighbourhoods of Notting Hill, Marylebone, Mayfair and Soho.

However, it’s the injection of billions of pounds worth of investment that is set to transform W2 into one of London’s most exciting postcodes over the next few years, which will be felt most dramatically in Paddington and Bayswater with the opening of Crossrail’s Elizabeth Line in 2022, the ongoing development of Paddington Basin and the redevelopment of Whiteleys and Queensway Parade.

What we have learnt from the pandemic, is that the search for homes with access to good-quality green space is key. Whilst the PCL market has taken a hit over the last 12 months, what we have experienced is that there is still a strong desire to live and own around London’s prestigious garden squares and properties on Prince’s Square and Queen’s Gardens, for example, have still commanded good rental yields.

With W2 home to over 20 garden squares and being so closely located to Hyde Park and Kensington Gardens, we believe the future is secure for this postcode.

Why does this postcode, in particular, constitute a smart investment?

Over the next two to three years, we will see a huge change in W2 and the area around Paddington and Bayswater will have a much more residential community feel. As mentioned before, the excellent central location of W2 has attracted billions of pounds worth of investment, with major projects underway that are set to dramatically change the landscape of London.

The £18.7 billion investment into Crossrail’s Elizabeth Line will make W2 one of London’s best-connected postcodes – further to its nine existing Tube stations – providing a quick and easy commute to all the major neighbourhoods of London, the West End and Canary Wharf.

Elsewhere in Paddington, the £500 million transformation of the 11-acre canal-side site around the Paddington Basin will bring over 900 homes, 90,000 square metres of office space and become a hotspot for big companies similar to Canary Wharf.

The 14-storey Paddington Cube will also give the whole area a new injection of life and make it a ‘go-to’ destination, with offices and shops set to open next year. There are going to be significant upgrades made to the infrastructure of W2 which offers people a better quality of lifestyle.

Plus, the properties which we invest, develop and operate are a part of the intrinsic fabric of their neighbourhoods and there will always be a demand for property that has character and exudes a sense of place.

The benefits of living and investing in W2 is that for an area with so much history and traditional architecture – there is also progress being made on an almost daily basis to improve the infrastructure of retail, office space and the high streets. We are just at the start of a new upward curve, which will see assets in W2 increase in value by up to 20% when these major works are complete.

If you are an investor looking at Prime Central London, it is my view that W2 offers an exciting and untapped opportunity.

How is the PCL market bouncing back from the twin hits of Covid and Brexit?

Whilst there was some uncertainty in the market before a Brexit deal was finally in place in 2020, confidence in the market is returning. In terms of Covid, the rollout of the vaccination programme and the loosening of international travel restrictions are having a positive effect on market confidence.

Some investors are naturally playing a waiting game, but some have been very active despite the travel restrictions and continued to want to do business at this time.

Euroterra Capital has been very proactive in the marketplace over the last 12 months and a series of multi-million-pound transactions in and around W2 have taken place. ‘Metrograte House’ on Queen’s Gate Terrace in prime South Kensington was brought to market and subsequently sold; 5 Queen’s Gardens in Paddington was sold to a private buyer for £6.5 million and 9 Devonshire Terrace was sold after its redevelopment.

32 Palace Court, a six-storey Edwardian Queen Anne-style former townhouse in the heart of Notting Hill was purchased, followed by 47 Palace Court on the same prestigious street; both of which are to be sensitively redeveloped into luxury apartments. 47 Prince’s Square and 34 Leinster Gardens, which were purchased last year, have been redesigned into luxury apartments and most recently, 45 Crawford Street in Marylebone was purchased.

When we look at where the market is headed, particularly if we take a lead from what the research says on the ‘super’ and ‘ultra-prime’ property market, which places London currently ahead of Hong Kong and New York, we feel confident that the prime market will take no time in bouncing back.

What impact has the extra stamp duty surcharge on overseas investors had on the market?

Whilst the additional surcharge may have resulted in more careful consideration of investment opportunities, we haven’t seen a huge change in appetite, particularly for those who are very familiar with tax increases.

This is due to a number of positive factors that are currently supporting the UK property market, including historically low interest rates and attractive repayment costs, as well as the relatively low value of sterling compared to pre-Brexit times. The current exchange rate makes UK property more attractive to overseas investors, particularly those from China and Hong Kong.

Lastly, whilst apartments in PCL, particularly those without outdoor space, have suffered during the last year, they have presented a great investment opportunity to secure premium property for a reduced price.

How is the redevelopment of Bayswater coming on? Is the transformation of Whiteleys driving demand?

I liken Bayswater to Fitzrovia and to some degree Notting Hill – places with a community that escalate in profile over a period of time and then never fall out of fashion. The redevelopment around Bayswater has certainly renewed interest in the area.

The biggest pulls are the £1 billion regeneration of Whiteleys into a Six Senses hotel and spa, luxury apartments, shops, and restaurants and the revamp of Queensway Parade to become a more pedestrian-friendly area.

With new homes and a better selection of retail outlets, Bayswater is set to become an altogether more appealing place to live, work and socialise.

How have buyer and investor priorities changed in the last 12 months?

The time that people have spent at home during lockdown has certainly heighted the desire for access to good-quality outdoor space, particularly in PCL where many flats have no gardens or balconies.

An incredible benefit of living in W2 is that it’s home to so many garden squares and located on the edge of two of London’s Royal Parks – Hyde Park and Kensington Gardens – with expansive open spaces and the Serpentine lake.

We understand the importance of access to green space, and we make that a priority when considering new locations to invest and develop.

Living within a walkable neighbourhood has also become a key priority for many people during the pandemic. Areas like Bayswater and Notting Hill are prime examples of this, offering bustling high streets with a great mix of essential stores, independent coffee shops and great dining options, as well as being close to large parks.

Investors want financial security which hasn’t changed, but they are also placing more value on the quality of stock, technology and community. They want to work with developers who are looking at how people want to live and the high service levels they expect from living in London.

Is W2 more affordable than its near neighbours and therefore a better investment from a yield point of view?

Whilst there is a renewed interest in W2 because of its central location and ongoing investment, neighbourhoods such as Bayswater and Paddington still offer better value for money than other super-prime areas such as Knightsbridge and Chelsea.

If you invest in W2, you are most certainly going to be able to secure more square footage and own a property which retains much of its period features and English heritage characteristics, which are key factors in securing a consistent and healthy rental yield.

The connectivity of W2, with nine tube stations and the incoming Elizabeth Line, is another reason why the area commands above average yields. Whilst reports of rental price drops have dominated the headlines in the last year, Euroterra Capital’s English heritage portfolio has held its own.

In a typical year, rental yields sit at around 5-6% per annum based on apartment blocks being 95%+ occupancy, which is higher than the national average for PCL. Even at the market’s quietest time when occupancy dropped to 85%, our rental yields remained robust at 4% per annum.

Are cities dead or will they bounce back post-Covid?

One thing that the pandemic has shown is the remarkable resilience of the PCL property market, despite numerous national lockdowns and restrictions on national and international travel.

Significant growth is expected in PCL over the next five years and with over a decade of experience in investment and operating in W2, we have learnt to trust the property cycle.

London is one of the world’s greatest cities for education, culture and the arts and, despite the changes in office working and the current wave of migration to the countryside, London will always retain its appeal as one of the best places to live, work, visit and invest in.