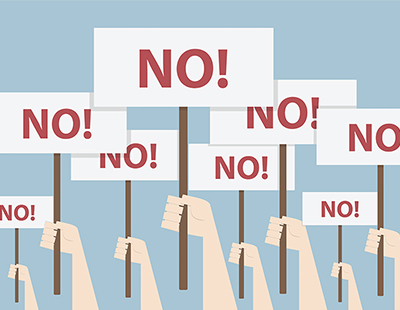 One of the most outspoken campaign groups against the end of the eviction ban has staged a series of so-called ‘boot camps’ to show tenants how to resist being removed from their homes.

ACORN, based in Bristol but with branches in a small number of large cities across the UK, held four camps on Saturday.

The training was staged outside members’ homes in Bristol “so we can role-play real eviction resistance scenarios in preparation for the imminent eviction crisis.”

“As well as training up an army of community protectors, we also want to send a clear message to [Prime Minister] Boris Johnson and [Housing Secretary] Robert Jenrick that they must take immediate action to protect those at risk of eviction, and that we are ready to protect our communities” exclaimed the activisits’ Facebook page.

“We are ready to protect our communities!” the message concluded.

Meanwhile a more sedate message to government was sent by Baroness Alicia Kennedy, leader of the pro-ban Generation Rent group, who said over the weekend: “Robert Jenrick has torn up his pledge to protect renters. There is now nothing stopping tenants who have been given a Section 21 notice from being forced out of their home.

“Even renters in severe financial distress can only buy themselves an extra six weeks’ grace. These new rules provide no comfort and do nothing to prevent hardship and homelessness.

“Many of the eviction cases due to open up … could be averted if the government increased the benefits available for people to cover their rent. But the government must also introduce legislation to stop renters being evicted for reasons beyond their control or when losing their home will make them destitute.

“Without urgent action now, the government’s negligence will create a homelessness crisis entirely of its own making.”