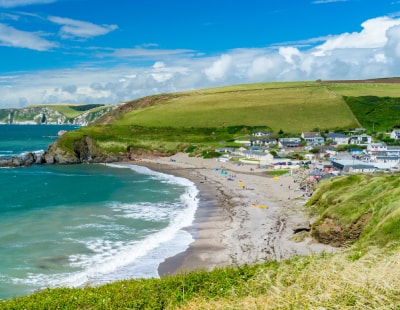 Whitby in North Yorkshire has been named the UK’s most in-demand coastal location, according to fresh research from property website Rightmove.

“Since we reopened a few weeks ago we’ve been selling bigger homes a lot more quickly than before, as families are changing the way they live and are swapping a ten minute commute into the office for a ten minute walk to the beach instead,” explains Nick Henderson, director of Hendersons estate agents in Whitby.

The top three is completed by Whitley Bay in Tyne and Wear and Troon in Ayrshire, Scotland.

Susan Usher, an estate agent working for Your Move in Whiteley Bay, says: “We’ve had an increase in people looking to move here from places like York and the South, plus home-hunters considering an apartment they can buy as a second home to holiday in.”

“It’s been quite staggering the number of applicants we’ve had in recent weeks, with a number of properties going for above asking prices, both for luxury apartments and lovely Victorian homes.”

Rightmove says it worked out the most in-demand locations by the number of people enquiring about properties in the area, while also taking into account the size of the area and the number of properties available for sale.

Other sought-after coastal locations are Cornwall’s Padstow and Newquay, with respective asking prices rises of 7.8% and 9.1% over the last year, and Salcombe in Devon, with an average asking price of just over £730,000 in May 2020.

Rightmove’s study comes off the back of various reports suggesting that the coronavirus pandemic has encouraged people to move away from cities and find locations where they can enjoy a greater work/life balance.

The in-demand coastal location top ten is made up by Ayr (Ayrshire), Bude (Cornwall), Caister-On-Sea (Norfolk) and Ilfracombe (Devon).

For savvy property investors looking to pick up a bargain, Rightmove has also revealed the top ten cheapest seaside locations across the UK.

The number one spot is taken by Newbiggin-by-the-sea in Northumberland, where the average asking price last month was recorded at just £109,888.

Some other cheap seaside locations include Troon in Ayrshire, Scarborough in Yorkshire, Lowestoft in Suffolk, Barry in South Wales and Ilfracombe in Devon.

Perhaps unsurprisingly, the UK’s most expensive seaside locations remains Sandbanks in Poole. The average asking price for the area associated with the rich, famous and Harry Redknapp reached £1,243,364 last month.

The top ten most expensive seaside locations are all in the South of England with Canford Cliffs (Poole), Salcombe (Devon), Aldeburgh (Suffolk) and Milford On Sea (Hampshire) making up the top five.

“Having the chance to look out your window to a sea view is something many home-hunters tell us is a dream of theirs,” says Rightmove property expert Miles Shipside.

“This means that the properties that do offer this are able to charge a premium compared to those in-land.”

“Lockdown has changed what a number of home-hunters are now looking for from their next home, and while some are looking for more space or a bigger garden, others are now contemplating a move to the seaside,” he says.

← Revealed - how will the construction industry recover from the current crisis? New guidance available for student check-outs during Coronavirus →