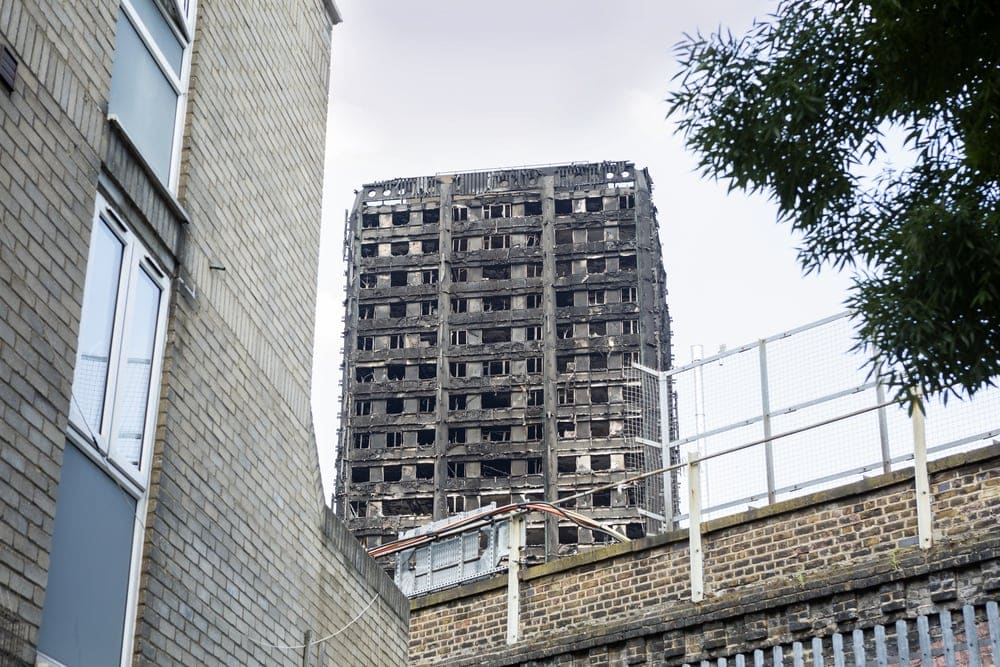 Flat owners are stuck living in potentially unsafe buildings where they are unable to sell due to the ‘debacle’ of safety forms.

EWS1 (External Wall System) forms were introduced in December 2019 due to the tragic events of Grenfell Tower in 2017, but they are having some unseen consequences.

The form certifies that buildings are safe in the event of a fire. As stipulated by RICS, the form must be filled out on flats in buildings taller than 18 metres so banks and societies can certify that the property is safe to lend on.

Problems are mounting partially because some freeholders are reluctant to have their buildings tested due to the cost of rectification, as it is up to them rather than the leaseholders to get these checks done.

If the freeholder is willing to get their building checked and potentially pay for work to be completed, another issue is there is a lack of chartered engineers or fire engineers qualified to inspect the building, which can lead to long wait times.

The result is some leaseholders are unable to sell or remortgage to a different lender as they cannot pass the EWS1 requirements.

They are left with two options – using a product transfer and staying with the same lender or selling to a cash buyer, though they’d likely have to sell at a discount if the flat wasn’t mortgagable.

Aside from the financial aspects, they are forced to live in a potentially unsafe property unless they pass the buck to somebody else by renting it out.

A number of mortgage brokers have reported the issue as an extremely serious one.

“What’s happening is people are stuck. They can’t sell their properties until they get their reports.

“If reports come back saying the property needs work done there’s a problem.

“It’s almost at the stage now where estate agents and brokers are wondering whether it’s worth trying to sell some of these properties until they’ve got these reports.”

“The freeholders sometimes are reluctant to spend the time and money, particularly if they don’t think they have a problem – some are better than others

“If the flats do need work done because the cladding is dangerous, first of all establishing that can take a long time. The number of people qualified to do this checking is limited.

“Because there are so many buildings that needed this work done yesterday there’s not the man power to do it.

“The result is a significantly more mortgage prisoners due to this cladding problem than with previous problems [like the aftermath of the global financial crisis].”

Boulger estimated that replacing the cladding on major blocks can be extremely expensive and time-consuming – it can cost seven figures and take years rather than months.

Meanwhile if a building is deemed unsafe then fire wardens need to be employed around the building until flammable cladding is removed.

Nudim Akhtar, mortgage & protection consultant at Contractor Mortgages Direct, said: “This EWS1 debacle is another stain on this government and the lenders who are enforcing it.

“Considering that high rise buildings are a priority, it is quite unacceptable to not find a solution to this issue and get a resolution fast – the EWS1 form and number of properties that fall within victim to this badly thought out scheme is not right.”

Akhtar, along with the other brokers interviewed, reported that lenders were asking for the form on small buildings even where there’s no cladding.

He added: “It’s trapped a lot of people – it’s happening on newer properties, and not just ones that were built 50 years ago.

One debate is who is liable to pay for works to be done to buildings that have potentially unsafe cladding.

Boulger seems to think freeholders shouldn’t have to stump up serious cash – it should be the government instead.

While the government allocated £200m of funding to fix tower blocks wrapped in cladding, that barely scratches the surface according to Boulger.

He added: “These flats were constructed based on government regulations at the time, therefore the government has failed to do its job properly and therefore it does have responsibility.”

Multiple brokers said lenders require the form on buildings that aren’t even over 18 metres tall – it more depends if the surveyor flags the property as an issue.
PropertyWire reached out to some lenders asking for their policy on the issue.

Halifax confirmed that it requires an EWS1 where the value has concerns related to the external walling system on a building.

Meanwhile Santander said it does not require the EWS1 form and will instead ask the building management to answer a series of questions on the building and its construction.