Nicol & Co is ‘banging the Gavl’ for live stream viewings 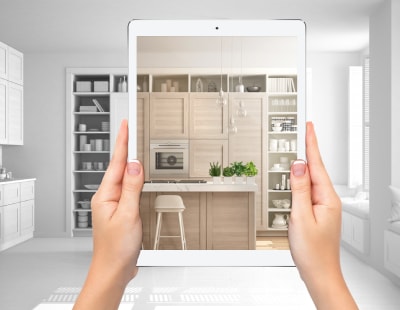 A Midlands estate agent is the latest to convert to live stream property viewings after six months of using an Australian-designed live-streaming app.

Gavl was originally marketed to the auction sector but Matt Nicol, managing director of Worcestershire estate agents Nicol & Co, switched to the app when the first lockdown prevented physical viewings.

He and his staff carry out regular live stream viewings where potential buyers view the property as a live event. Those on the live stream can ask questions there and then and direct the agent to specific features they want to see in more detail.

A chat box appears on the screen, which also shows on the agent’s device, and those on the live stream can ask questions or guide the agent to what they want to see again or up close.

Nicol comments: “The system is quite sophisticated being discreet so nobody on the live stream can see any of the other potential buyers or the questions they are asking. If you think this is the property for you, you can then arrange a physical viewing.”

He says the early adoption of Gavl had proved a huge boost to Nicol & Co, calling it a total step change in the way they market and sell properties.

“It has dramatically cut the number of physical viewings required to sell a property, by an average of around 14 viewings in our experience. And the fewer physical viewings the better in the social distancing world we live in during the Covid-19 pandemic.”

Another major benefit for estate agents is the huge reduction in time spent out of the office for staff members conducting viewings.

“Our staff spend more time now in the office chasing up and progressing sales and also have more time to talk to both sellers and buyers,” Nicol explains. “The environmental considerations of far fewer road journeys, both by our staff and potential buyers, should also not be understated.”

“It also works for lettings where we are now letting properties after just one physical viewing where in the past, we would have expected ten plus viewings to be required.”

After just four weeks of using Gavl, he signed a reseller deal through his company In-House Design & Marketing Ltd to promote and sell the system to other agents throughout the UK.

Nicol adds: “Joel Smith, the founder and chief executive officer of Gavl in Melbourne, has been keen to expand into the UK and we are a passionate early adopter, so it made sense to see how we could work together.”

The pair have already conducted a webinar with more than 50 agents across the country.

“I believe Gavl is a crucial tool in keeping the UK residential market moving and it is very much the technology for these difficult times,” Nicol says.

Smith adds: “We have the ability to get agents set up on the platform quickly for use in early January and early adopters such as Matt Nicol and other agents are also available to share tips on how to get the most out of Gavl.”