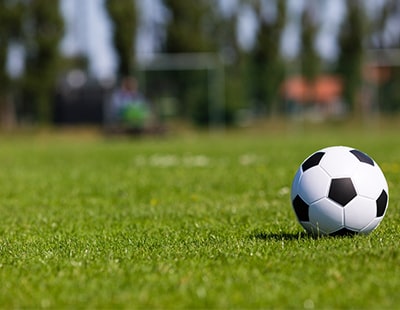 Football, more than ever, is providing much-needed entertainment and escapism for the UK population now that it’s entered Lockdown 3.0, with restaurants, bars, theatres, cinemas and gyms all closed.

Fans of Spurs, Liverpool, Manchester United, Manchester City, Southampton, Leicester, West Ham and Everton will probably be quite pleased with their current lot, but the same can’t be said for Chelsea, Sheffield United and Arsenal fans – although the latter have recovered strongly in recent weeks with three straight wins.

Newcastle fans, frustrated by what they see on the pitch, with Steve Bruce’s side knocked out of the Carabao Cup in the quarter-finals by Championship side Brentford, failing to ignite in the Premier League, badly affected by Covid outbreaks and still under the ownership of Mike Ashley, can maybe take a small crumb of comfort in being the city with the UK’s best rental yields – assuming they are also landlords or property investors.

Below, letting agent comparison site Rentround – sourcing data from PropertyData and Zoopla – has unveiled the Premier League of Rental Yields.

The final standings are below:

The Toon Army, who came so close to the Premier League title in the 1995/1996 season before a famous late-season collapse, including Kevin Keegan’s iconic ‘I will love it!’ rant, do at least take the top spot when it comes to rental yields.

With a whopping 6.4% rental yield in the area surrounding St James Park, the club beats its closest competition – Southampton – by the skin of its teeth.

The on-the-pitch improvements facilitated by Southampton’s manager Ralph Hasenhüttl appear to be translating into the property world, with the Saints taking second place, only 0.2% behind first spot. If there was such a thing as the Champions League in the rental yield world, Southampton fans (and investors) would no doubt be delighted with the secured qualification.

In the yield table, the remaining Champions League spots go to Manchester City, Everton and Liverpool, whose current managers – Pep Guardiola, Jurgen Klopp and Carlo Ancelotti – hold six Champions League titles between them. While the rental yield is 5.70% in the blue side of Manchester, Merseyside rivals Everton and Liverpool are a dead heat with yields of 5.40% each. It might have to come down to goal difference!

Unsurprisingly, it’s the two fashionable West London clubs – Chelsea and Fulham – who make up the bottom two, with both locations home to high average house prices, which even the equally high rents can’t offset in terms of yields. Chelsea are having their struggles this season, but they are still some way off second bottom in the real Premier League.

It’s equally no surprise that the other London clubs all feature in the bottom half, with North London rivals Tottenham and Arsenal in 16th and 17th place respectively. Crystal Palace, a more affordable part of the capital but still expensive, are a bit higher in 13th place. West Ham fare better still, but still remain in the bottom half (11th place) with a yield of 4.20% in the area surrounding the London Stadium in Stratford.

London is well-known for not being great when it comes to rental yields, with landlords in the capital typically relying on income through long-term capital gains to make a good profit, but even so yields of more than 3.20% – as is the case in the areas surrounding the Emirates, the Tottenham Hotspur Stadium, Selhurst Park and the London Stadium – is far from terrible.

More surprisingly, Burnley – who normally appear towards the top of these lists as a result of very low asking prices, some of the lowest in the country – languish in 15th spot with yields of 3.80%.

Manchester United’s on-field renaissance under Ole Gunnar Solskjaer, which sees them joint top of the league with a game in hand on Liverpool, isn’t reflected in the yields table, with one of the world’s biggest clubs only just above the relegation zone in 14th spot.

West Brom are, perhaps, a more surprising addition to the yield table bottom three, but with rental yields of only 3% surrounding The Hawthorns, the club from the Black Country with the highest ground in the UK (at 551 ft above sea level) doesn’t perform well on returns.