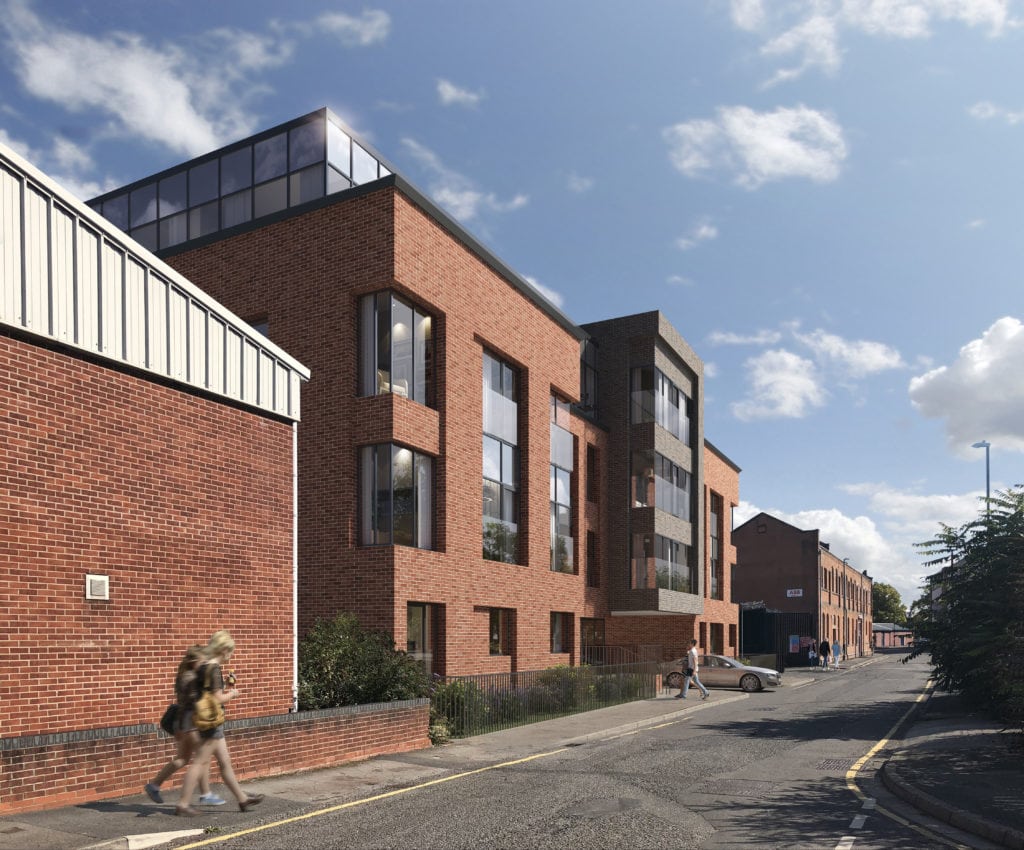 Works are in progress at ‘Hindle House’ – a modern residential development in the Southern Gateway area of Nottingham – due for completion in December this year.

The scheme, which is being developed by KMRE Group Ltd, has brought 62 contemporary one and two-bedroom apartments to market, including penthouses, with more than 75% already sold off plan.

Situated to the south of Nottingham city centre in an area currently undergoing extensive regeneration, known as the Southern Gateway, Hindle House is just one mile from the city centre and less than half a mile from Nottingham Railway Station – with regular travel available to London St Pancras in as little as one hour and 32 minutes.

With excellent access to transport links, including frequent bus and tram services – buyers can enjoy everything the city has to offer, including prime retail amenities; of the likes of John Lewis, Flannels, Paul Smith, Vivienne Westwood and Ted Baker, among high street stores.

Just a short walk away are some of the city’s finest attractions such as the historic Nottingham Castle – complete with its famous underground cave network – which has recently undergone a £30 million transformation, ahead of its planned reopening in June this year.

As well as a thriving retail offering, Nottingham also enjoys a lively food and drink scene with vibrant independent cafes, bars and restaurants – many of which are tucked away in the city’s picturesque, central historic areas such as Hockley and the Lace Market.

Identified as one of the UK’s top cities to achieve capital growth when analysing recent statistics from Zoopla, Nottingham stands out as one of the key areas to invest in property – with the average house price having increased by 16.92% in the last five years, and growth predictions suggesting this is likely to continue over the next few years. *

The city is home to many major employers and large company head offices, including Queens Medical Centre, University of Nottingham and Nottingham Trent University, Boots, Experian, Capital One and HMRC, and it is also set to benefit from the construction of the HS2 train railway network.