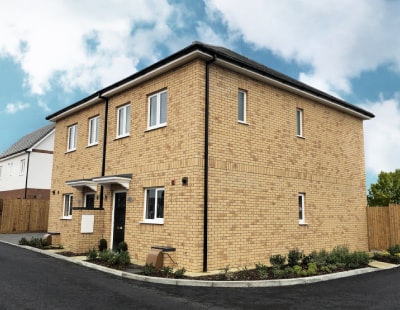 Network Rail and modular housing developer ilke Homes have announced a significant investment in a brownfield site next to Beeston station which will lead to 40 new sustainable modular homes in Nottinghamshire.

The deal, brokered by JLL, will see a partnership-led redevelopment of the 2.2-acre site, ‘delivering much-needed housing and car parking’ around a key transport hub which offers direct transport links into Nottingham city centre.

Modular homes, built off-site in a factory-controlled setting, are seen as more cost-effective to maintain, quicker to construct and with a lower carbon footprint than traditional brick houses, which helps to make them a sustainable housing solution.

ilke Homes recently secured a £30 million investment from Homes England to increase the capacity of its factory, as part of a scheme to boost modern methods of construction and deliver more modular homes across the UK, which means this latest development will be backed by government funding.

Network Rail says the partnership with ilke Homes supports its strategy to release land for housing to drive economic growth and help communities to thrive, whilst also generating capital to fund rail improvements for the benefit of passengers, taxpayers and the economy.

David Biggs, managing director at Network Rail Property, said: “By joining forces with ilke Homes on the redevelopment of this brownfield site, we are able to deliver sustainable housing in a growing area, with brilliant access to transport.”

He added: “The development not only supports the government’s strategy to accelerate the rollout of modular housing but will also drive local economic growth. What’s more, all profits generated by Network Rail will be reinvested back into railway.”

Tom Heathcote, executive director of development at ilke Homes, also commented: “We are proud to partner with Network Rail to create a sustainable development of much-needed family homes for a growing community.”

“Modular homes represent the future of housing and we believe this residential development will be a shining example of what they can deliver for homeowners, communities and the UK economy.”

Anabel Christmas, a residential agent at JLL, added: “By supporting this partnership-led scheme between Network Rail and ilke Homes, we are playing our part in providing much-needed sustainable housing solutions to communities across the UK, while supporting the government’s housing strategy.”

ilke Homes, which has recently worked on schemes in Stoke-on-Trent, Leeds and Hereford, collaborates closely with local authorities, housing associations and developers across the UK to deliver housing for a mix of tenures. In 2019, the company entered into a £100 million joint venture with Places for People, the largest deal yet for Britain’s modular housing sector.

For this development, ilke will manufacture the homes at its 250,000 sq ft factory in Knaresborough, North Yorkshire, before installing them on the Beeston site.

Much of Beeston – a medium-sized town in Nottinghamshire, on the outskirts of Nottingham city centre – is undergoing redevelopment, with a £50 million overhaul of Beeston Square. This includes an eight-screen Arc cinema, 132 homes and space for a number of restaurants and bars, which was given the green light in May.