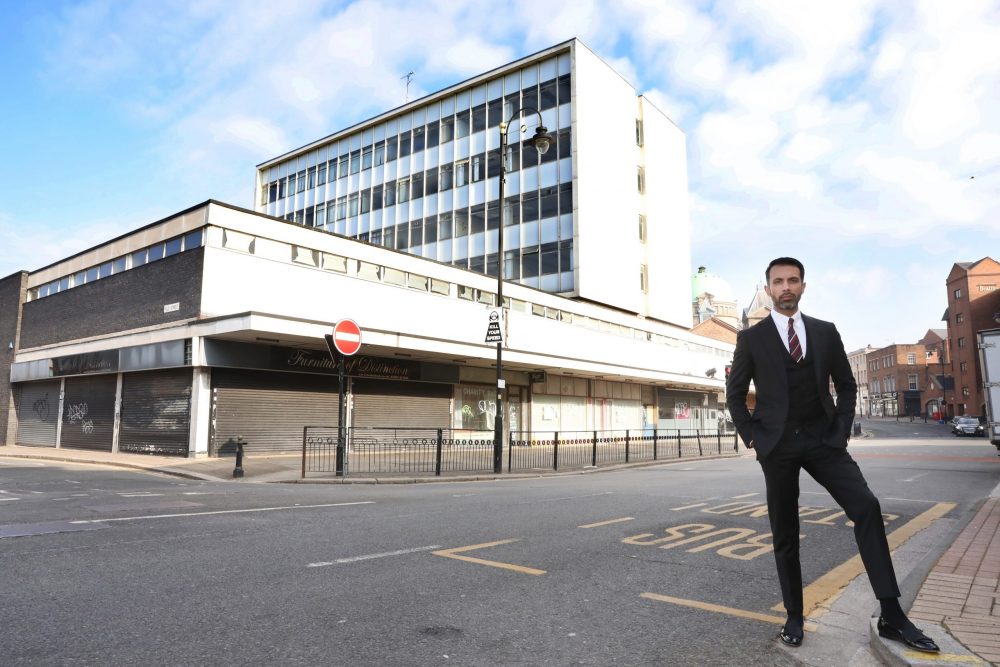 The property, which comprises a four-storey office block situated above a parade of shops, has lain vacant for several years.

LSPIM head of asset management Steven Griffiths said: “We bought Network House in 2017 on behalf of Regional REIT as part of a larger corporate acquisition, but could see the property’s long-term prospects as a key part of the redevelopment of the Westside area of the town centre.  Since taking ownership we have secured vacant possession from the remaining tenants, enabling the site to be marketed for development. We are delighted to have now completed our business plan for the property, and to have worked so successfully with Taylor Grange who will deliver the outstanding development that the community needs.”

Taylor Grange director Sam Ginda added: “Plans were submitted last year and gained unanimous approval for permission to build a six-storey BTR residential development with 113 new state-of-the-art one and two-bedroom flats and one-bed duplexes on the first two floors. The regeneration plans for this part of the city centre are essential. We see Wolverhampton as a key investment area alongside our commitment to backing our great smaller cities, too many of which have been neglected for too long. Only a few weeks ago, the Ministry of Housing, Communities and Local Government announced that it is creating new headquarters in Wolverhampton, with 500 posts including senior civil servants moving to the West Midlands by 2025, which is fantastic news.