Negotiate over rent if you must move because of virus, tenants told 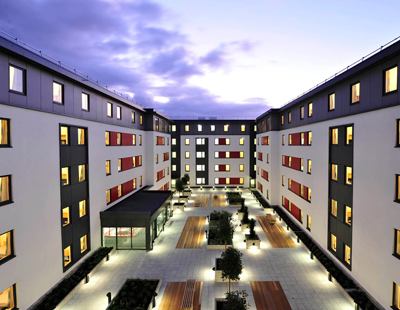 Consumer charity Citizens Advice has given guidance to student tenants who may have to return home early this term because of the Coronavirus crisis.

The charity says students who move out before the end of their tenancy are, generally, liable for any rent due until the end of their fixed rental term, with any guarantor liable to be pursued if the student themselves do not pay.

Students in this circumstance are also advised to check if their tenancy agreement contains a break clause – although this would be unusual in a student tenancy agreement where the letting is intended to be for an academic year, and the landlord is only likely to be able to re-let it for the following academic year.

“If you share accommodation with other people, then unless you each have a separate agreement, you are likely to be jointly and separately liable for rent” advises the charity.

It adds: “This means that the landlord can pursue any of the tenants (or their guarantor) for any rent due under the joint agreement, regardless of which tenant failed to pay their share.”

However, Citizens Advice then suggests that if a student finds themselves in this position, it is worth seeking a negotiation with the agent or landlord. They could release the student from the tenancy, or waive or reduce rent during the period the property is unoccupied, the charity believes.

“Unfortunately, there’s not much good news for students who decide to change households for the medium to long-term, by returning to their family home for example. It’s likely that in many cases they will be tied into their accommodation agreements and not entitled to any refund” says a spokeswoman.

“It’s always worth getting in touch with your landlord and trying to negotiate. But realistically, if there is no obligation for them to release you from the contract, they may well be unwilling to do so.

“Where the landlord is the university, they may be more sympathetic to a short-term reduction in rent, or ending a contract early, if there is no longer any reason for you to remain in halls.

“However, it is early in the academic year, and it may be difficult to find alternative halls of residence accommodation if a student gives up their place, but later wishes to return.”