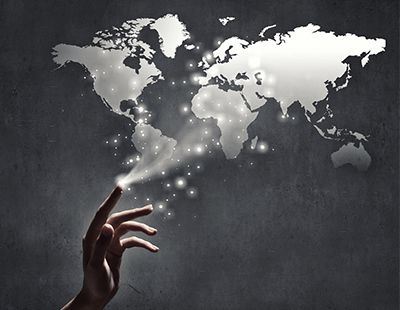 Knight Frank’s latest Global Residential Cities Index, which tracks the movement in mainstream residential prices across 150 cities worldwide using official statistics, has revealed that Manila was the city with the highest rate of annual growth in the year to March 2020 (rising by 22%).

The capital of the Philippines, which has managed to stay largely free from the impacts of Covid-19, is one of the most densely populated cities in the world and combines Spanish colonial architecture with modern skyscrapers. Intramuros, a walled city in colonial times, is the charming beating heart of Old Manila.

While the Knight Frank data is backward-looking and covers the period up to March 31, when Covid-19 was at its peak in parts of Asia but had yet to take its full toll on large parts of Europe, North or South America, it does still provide a good indication of how various cities were performing pre-pandemic and how quickly they might recover now lockdowns are being eased throughout much of the world.

The findings showed that there had been average annual growth across the 150 recorded cities of 4.3%, while 85% of the cities tracked registered static or positive price growth over the 12-month period leading up to March 2020.

Unsurprisingly, the 15 Chinese cities in the Index – which were the first to be severely affected by Covid-19 – saw an average quarterly growth rate of just 0.4% in Q1 2020 as the whole country was submerged into a very strict lockdown to try and curb the spread of the virus.

Manila and Budapest lead the way

While Manila led the annual rankings for the second consecutive quarter with price growth of 22% in the year to March 2020, Budapest continued to be out in front in terms of European cities with growth of 16%.

In addition to the Hungarian capital, Zagreb and Warsaw made up the trio of Central and Eastern European cities in the top ten, with the Croatian capital registering 14.7% growth and the Polish capital recording 13.3% growth over the last year.

Turkey, which spans the continents of Europe and Asia while also having a very Middle Eastern feel, also performed strongly, with both Izmir and the capital Ankara placing in the top five.

The other cities to feature in the top ten were Melbourne, St Petersburg, Seoul and Jerusalem. The average growth rate of 4.3% in the year to March was the highest annual rate of growth since Q3 2017.

On a world region basis, Asia came out on top, followed by Europe, the Middle East, Russia and Australasia.

North America and Latin America were languishing at the bottom, with Ottawa and Hamilton in Canada the highest ranked North American destinations in 15th and 26th place respectively, while we must head down to 35th place to find the first mention of a Latin American city in the form of Santiago, the Chilean capital.

The top performing UK city was, unsurprisingly, London, but only at a lowly position of 65th in the rankings, with price growth of just 4.6% in the year to March 2020. Manchester was one place behind, with exactly the same level of growth, while Glasgow, Edinburgh, Exeter, Bristol and Birmingham all featured lower down the rankings.

University city Oxford and oil-reliant Aberdeen – which for varying reasons have seen price falls in recent years – were the lowest-placed UK cities, with negative growth of -3.1% and -3.5% over the last 12 months.

Ljubljana (Slovenia), Chennai (India), Dubai (UAE), Darwin (Australia) and Abu Dhabi (UAE) were the five worst-performing cities in the year to March 2020, all with prices down by more than 4.4% – in Abu Dhabi’s case, down by a massive 8.6%.

There is no knowing for sure what impact coronavirus will have on house prices and property markets across the globe, but there is a good chance that growth of 22% and 16% may be less likely as we enter a period of the ‘new normal’.

Cities may also be affected by lowered demand, as people seek countryside, coastal or suburban living instead, and more people than ever work from home.

It will be interesting to see the results from Knight Frank’s next Global Residential Cities Index to see how big an impact the pandemic has had on global house prices.

“As we’ve outlined in our daily updates since the start of the pandemic, we expect sales volumes to feel the impact of Covid-19 more than prices with employment protection schemes and mortgage holidays in many advanced economies likely to reduce the number of distressed sales and hence the likelihood of price falls,” Knight Frank says in the report.

“Whilst the index’s overall performance may not drop significantly, we do expect the city rankings to look very different in six to 12 months’ time with those markets that have been effective in containing the pandemic, and where lockdowns were short-lived, most likely to show more resilience.”

← Will Covid-19 actually increase the demand for co-living? Agency teams with private equity firm to go on acquisition trail →