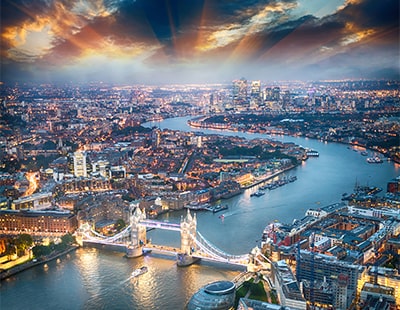 The capital’s overall appeal as a top investment destination remains undimmed, according to the first major poll of global investors since the start of the Covid-19 crisis.

The research, conducted by FTI Consulting for the City of London Corporation as part of a global investor intentions survey, found that 99% are still keen to invest in the city, with 79% currently actively doing so.

Additionally, the poll – which engaged with 506 leading investors with assets under management of €850 billion ($1 trillion), undertaken between 5-10 July – showed that London is faring consistently better than other comparable locations across a key range of metrics including access to global talent and quality of life, despite the broader economic and public health crises caused by the pandemic.

Among some of the world’s most prominent investors, London also scored highly in terms of global connectivity, attractiveness as a hub for business and environmental, sustainability and governance issues.

Nevertheless, investors also highlighted a clear desire – with 72% of respondents agreeing – to see the development of a pandemic recurrence prevention plan, which would encourage them to look more favourably upon the city when it comes to investment decisions.

The capital was also described as ‘global leading’ or ‘above average’ as a centre or hub for business, its built environment and offices, fostering innovation and provisions for socially distanced travel.

The poll also demonstrated, in a further sign of the City’s fundamental resilience, that London compares favourably with other similar financial centres when it comes to its ability to instil confidence (85%) in employees to return to work after the pandemic has subsided.

Catherine McGuinness, policy chair of the City of London Corporation, said: “It is testament to the fundamental strength, resilience and adaptability of the City that despite the Covid-19 crisis the Square Mile remains such an attractive long-term location for continued global investment and location of talent.”

She said that, while there is no denying we face testing times, the City and London ‘have always adapted to major challenges throughout history’.

“We will continue to strengthen our attractiveness as we create the conditions for businesses of all shapes and sizes, as well as the real estate investors and developers who support those companies, to prosper over the coming decade,” she added.

“In particular, the City of London aims to become a world leader in sustainability, becoming a global centre for excellence in climate resilience, and we will be refocusing our pre-pandemic agenda on the built environment, transport and digital connectivity to reflect the new economic and social reality.”

She noted investors’ wish to see a robust pandemic recurrence and prevention plan, and said the corporation are working with the government and other stakeholders to provide the assurances that businesses and investors need.

Dean Clifford, the co-founder of Great Marlborough Estates – the firm best-known for a £500m mixed-use scheme at Regent’s Crescent – commented: “It’s unsurprising that London remains the top investment destination post-pandemic. Whilst lockdown may have seen some people move to the countryside or suburbs in search of space, many will no doubt end up returning to the capital as they miss the metropolitan lifestyle. Whilst technology has helped us all navigate through these difficult times, it is no substitute for real interaction.”

He said London is a city that has so much going for it: a convenient time zone, established financial and professional services, emerging tech hubs, being home to the heart of government and ‘ultimately where the best employment opportunities still are’.

“Put simply, there is no city like London in terms of size and scale in the UK, nor really in Europe,” Clifford said.

“You have to look at the alternatives, too. New York is probably London’s only real contender and America is where we were four years ago with Brexit, with fractious political debate and an uncertain political climate.”

“There is plenty of opportunity in London and this government has rightfully put ‘build, build, build’ right at the top of the agenda. For London, housing – of all price points and tenures – must be the priority.”