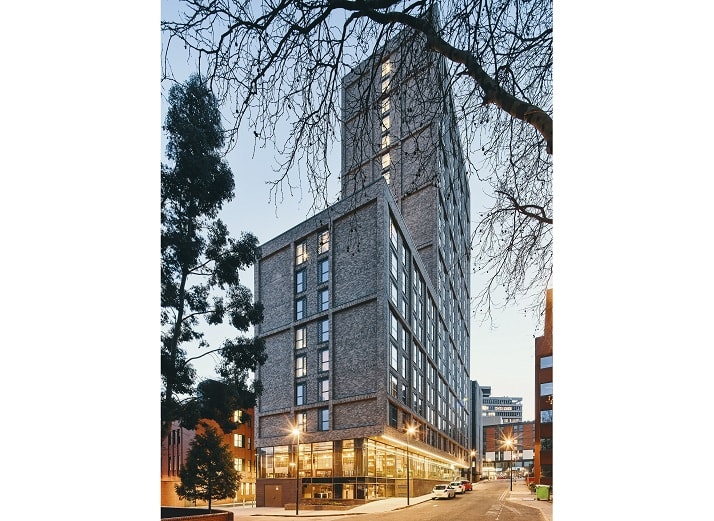 LSPIM developed and sold the properties, which currently provide homes for over 700 students, on behalf of a US-based private investor.

The properties were marketed by Knight Frank and have been bought by an unnamed far eastern investor, who was represented by JLL and Savills IM.

Stephen Inglis, chief executive of London and Scottish Property Investment Management, said: “We are very pleased with the level of interest shown in these properties.

“We have developed a sound business model and have good relationships with both lenders and investors.

“As a result, these two projects – our first in the student accommodation sector – have been hugely successful for us.

“Having proved that the model works, we intend to reinvest the proceeds in further projects. We will definitely look at more student developments in university towns, but will also consider opportunities in other sectors.”

The properties are LSPIM’s first venture into purpose-built student accommodation. In December 2015 the company bought Crown House in Sheffield’s popular Cathedral Quarter. It developed the former office block into high-end student accommodation comprising 355 luxury studio bedrooms. Building work was completed in July 2017 and the property was opened to students in September 2017.

In April 2017, London & Scottish bought Symons House, a 1980s four-storey office building in Leeds. It developed the site into a 22-storey student accommodation with 351 beds. It was completed in December 2019 and opened in January 2020.

Seeing a gap at the top end of the market, London & Scottish established its student housing division to build student accommodation offering excellent amenities with considerable personal space.
Both properties have 8,000 sq ft of amenity space with lounges, a study area, a private dining area, a cinema, a games area, a fitness suite and outdoor areas with BBQ and open-air cinema.

Rachel Pengilley, partner in Knight Frank’s Student Property team, said: “This transaction represents the most significant deal in the UK student accommodation market since we entered lockdown in March. The best in class assets are located in prime university cities, with Crown House benefiting from a strong trading history.

“The acquisition demonstrates continued confidence in the sector from overseas investors, particularly at a time when there are some wider concerns regarding student numbers for the academic year 20/21. Despite a tumultuous first half of 2020, the long-standing fundamentals of the student sector remain attractive, and we are seeing renewed interest to acquire from a variety of funding sources.”