Latest eviction ban – is it even legal? 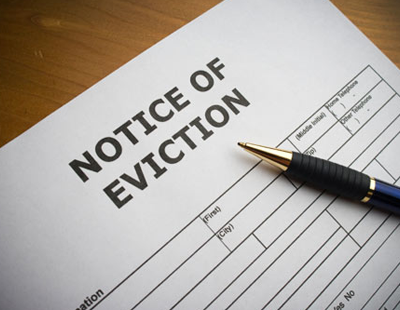 A top property law firm is questioning whether the government’s current eviction moratorium – effectively banning evictions until mid-January at the earliest – is actually even legal.

On October 21 – in news given relatively little publicity at the time – the Lord Chancellor and Secretary of State for Justice, Robert Buckland QC MP wrote to bailiff organisations asking them not to undertake any evictions in areas that have been classified as Tier 2 or Tier 3 under current Covid alert systems.

On November 5 he wrote a further letter asking bailiff organisations not to undertake any evictions during the lockdown unless these were cases relating to illegal trespass, squatters, nuisance or antisocial behaviour, domestic abuse, fraud or deception and properties unoccupied following the death of a tenant.

Now the Hagen Wolf law firm is questioning the lawfulness of this de facto ban.

A statement from the firm says: “The Lord Chancellor cannot lawfully suspend evictions by request, nor can he carve out exceptions, on a whim and without legislation. There may be legal challenges to this at some point.

“There is even a power to seek losses from bailiffs under the County Courts Act for losses caused by bailiffs not enforcing warrants.”

The managing partner at Hagen Wolf, Matt Pugh, adds: “After a long pause over the summer, the courts began dealing with residential possession claims from 21 September 2020, in effect restarting the lengthy eviction process. The backlog of cases was also likely to take many months to address.

“We are now in uncharted territory as there will also be a moratorium on all evictions during lockdown, over the Christmas period – December 11 2020 to January 11 2021 – and after that in areas designated as tier 2 or 3. It means that even though the courts will process residential possession claims, up to and including a possession hearing, but tenants will not be evicted for an indefinite period.”

Pugh says that given under the government’s Coronavirus powers, areas can be moved into Tier 2 or 3 overnight.