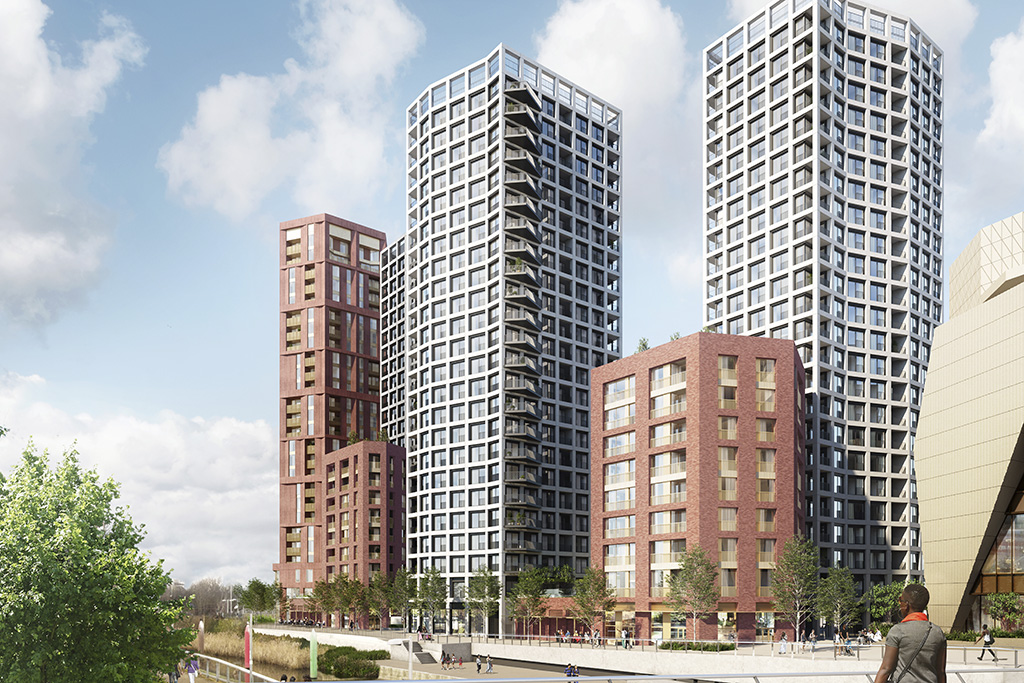 The corporation in charge of the Olympic park site in London is seeking a development partner to help deliver 1,200 new homes in the area.

The London Legacy Development Corporation (LLDC) has valued the development of two new neighbourhoods at £600m. The sites are in the south and east of the Queen Elizabeth Olympic Park in east London.

The Stratford Waterfront development (pictured) in the south will have up to 600 homes and include up to 2,200 square metres of retail and restaurant space and a new public realm.

The second neighbourhood, in Bridgewater Triangle next to UCL’s new campus in the east of the park, will also have up to 600 homes built. LLDC said the area would feature larger houses with more than three bedrooms and include wide streets and green space.

LLDC executive director of development Rosanna Lawes said: “We are in a challenging economic world and our approach to this development will be different to our previous neighbourhoods on the park.

“We are not risk-averse and we are keen to work alongside the market in a joint venture to promote this development at pace with a partner who shares our vision to establish a new and exemplary metropolitan centre.”

The new development partner is expected to be appointed during the second quarter of next year.