Is the RICS Guidance Note on cladding working? 55% vote yes 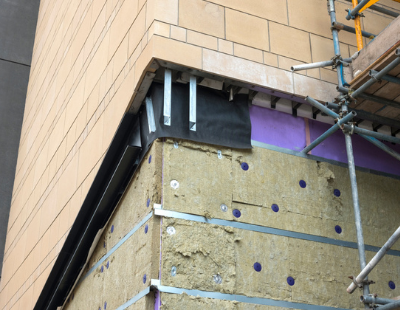 A webinar poll undertaken by Countrywide Surveying Services (CSS) highlighted that over half (55%) of property professionals believe that the RICS Guidance Note on cladding is working, while 45% stressed that it was not working.

The responses emerged at Countrywide Surveying Services’ regular webinar series which revolved around a panel debate on cladding and the EWS1 form.

Over 200 people actively engaged with the session, with the audience consisting of lenders, brokers, surveyors and other property professionals.

The panel included representatives from major lenders and the Royal Institution of Chartered Surveyors (RICS) who joined John Baguley and Matthew Cumber from Countrywide.

Further polls were taken during the webinar which posed questions including: Have you seen more or fewer requests for EWS since the RICS Guidance Note? In response to this, 30% of respondents said more, 9% suggested fewer, with the rest (61%) stating that the number of requests had been similar.

Matthew Cumber, managing director of Countrywide Surveying Services, comments: “Many positives have been achieved through the development of the RICS Guidance Note but challenges still remain for industry as a whole.”

“This is a complex, ongoing issue and it’s important that we continue the discussion and move forward to achieve some sensible resolutions. Although I fear this is something we will still be talking about in webinars for years to come.”

He adds: “From an intermediary perspective, advisers can support homebuyers by helping to ensure they go into any property purchase with their eyes wide open. Tackling these issues as early in the homebuying process as possible will certainly prevent time, financial and emotional implications further down the line.”