Investors – would Bucharest be an attractive investment prospect? 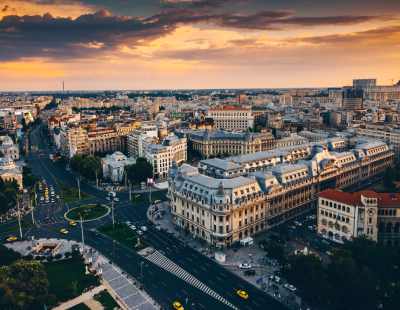 Bucharest, the centre of Romanian media, culture, and art, as well as the beating heart of the country’s industry, finances and politics, has had to battle throughout the years with war, earthquakes and the controversial programme of systemisation carried out by Communist leader Nicolae Ceaușescu, the general secretary of the Romanian Communist Party from 1965 to 1989, and the second and last Communist leader of Romania.

In recent years, though, the city has been experiencing something of an economic and cultural boom, and it’s viewed as one of Europe’s fastest-growing tech cities.

The move from industry to technology has left many former industrial buildings in central areas of the city without a purpose, though, with real estate developers now acquiring these platforms to transform them into modern real estate developments.

According to Bucharest Real Estate Club – set up with the aim of enhancing the appeal of south-eastern European cities – ‘a private gentrification phenomenon is evolving in Bucharest’, with international and local investors transforming large unused plots of lands into new, vibrant communities.

Bucharest, for all its merits, is far from the prettiest city in the world – an odd mix of historic and communist-era architecture – so there might be hope that a significant programme of regeneration and urban redevelopment can give it a less gritty image. Equally, though, this is part of Bucharest’s appeal and there may be local resistance to things becoming too corporate, stale and artificial – an accusation that could be levelled at parts of major Western European cities.

The Real Estate Club says Bucharest city centre is seeing an important transformation given its rising levels of tourist traffic (a 3.6% annual increase before the pandemic) and its location within the EU’s borders.

The main commercial artery of the city, Calea Victoriei, is set to continue to grow as an office and hotel hub in the upcoming years, with developers planning to build seven new office buildings and six hotels, with a total investment value exceeding the €300 million threshold, according to research by Cushman & Wakefield Echinox.

This is perhaps being driven by Bucharest’s reputation as a now established hub of technology and innovation, highlighted by a recent article in the Financial Times, which ranks Bucharest in seventh position in the top 25 ‘Tech Cities of the Future 2020/2021’.

“UiPath [a global robotics startup now said to be valued at more than $35 billion] was founded in Bucharest, which was the springboard to our global development,” Elisabeta Bosneag, head of global real estate at UiPath, said.

“We have found here the necessary infrastructure and modern offices, but most importantly top skilled talents who contributed to taking the UiPath story to each continent.”

The residential sector in Romania is outperforming expectations, with total sales in 2020 up by 19% versus 2019, according to data from the National Cadastre Agency. This – combined with the increasing purchasing power of Romanians and expected economic growth of 4.6% for 2021, according to the International Monetary Fund – are the main pillars for residential developers’ investments in new, modern living schemes with numerous facilities and integrated technology for a ‘better lifestyle’.

The most active developers in Bucharest include One United Properties (Romania), Gran Via Real Estate (Spain), Speedwell (Belgium) and Akcent Development (Romania).

A city on the up?

Despite the challenges of the pandemic, Bucharest would still appear to be a city on the up. In 2017, the Mastercard Global Index of Urban Destinations found that Bucharest was the European city with the highest growth of tourists who stay overnight, while in 2018 and 2019, the city ranked as the European destination with the highest potential for development, according to the same study.

Investors may also be attracted by the number of tech jobs on offer in the city, which could make a second home in the city appealing from a short – or even long-let – point of view. The city has become much more popular among tourists, and this is likely to return once the Covid-19 pandemic subsides.

For now, like many other parts of the world, there are a number of restrictions to entering Romania, while UK citizens are currently unable to travel for leisure or holiday purposes due to the current lockdown.

You can find out all the latest foreign travel advice on Romania here. The country has witnessed nearly 20,000 deaths during the pandemic and more than 772,000 confirmed cases.