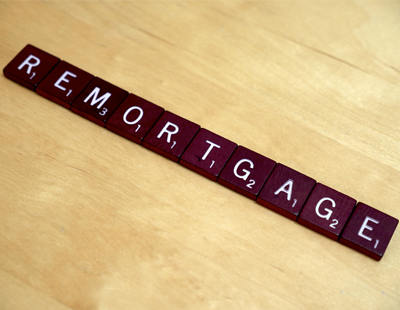 Following the recent introduction of a stamp duty holiday, property investors can remortgage to raise funds for future purchases.

According to Paragon Bank, remortgages accounted for 60% of its buy-to-let cases in Q2, up from 48% the previous quarter.

It says that 30% of landlords indicated they were remortgaging to raise capital, the second most cited reason, accounting for double the amount of business than all remaining reasons combined.

As ever, the top reason for landlords remortgaging, cited by 54% of borrowers, was to secure a better interest rate from their lender.

The increased number of landlords remortgaging to raise funds comes off the back of a call for investors to expand their portfolios sooner, rather than later.

Specialist broker Mortgages for Business says that over the medium-term, Rishi Sunak’s stamp duty holiday could affect sellers as much as buyers. Therefore, investors should look to ‘strike’ on undervalued properties before those looking to move up the ladder are ready to do the same.

“Property investors are in a better position to qualify for a mortgage now that reduced stamp tax allows them to wield a larger deposit,” explains Steve Olejnik, managing director of Mortgages for Business.

“We know property investors have been remortgaging with a view to picking up some bargains. Owner occupiers have not been doing the same.”

“Landlords have been preparing since the start of the lockdown, remortgaging to enlarge potential war chests with an eye on bagging bargains in the future.”

He says landlords are ‘very well-placed to seize the day’, but that that advantage won’t last forever.

“Smart investors will start expanding their portfolios immediately, rather than waiting and then scrambling to try to do deals at the last minute,” Olejnik suggests.

Mortgages for Business’ analysis from April and May backs up the Paragon figures, showing that 30% of investors were remortgaging to expand their portfolio and grow cash reserves.

In 2019, landlords were more interested in increasing the size of their loans to guard against risk.

Olejnik adds that while the stamp duty cut will improve the stock of available housing, the market will not continue to favour those looking to expand portfolios forever.

“Currently, sellers aren’t trying to grab the money that buyers had tucked away to pay for stamp duty – cash that was earmarked for the taxman,” he says.

“The closer we get to March 2021, the more sellers are going to start making bids to grab the money that buyers had originally allocated to the government.”

He predicts that when sellers see there is more money ‘sloshing around’ in the buying market, they will be less willing to negotiate so less deals will be available to investors.

Olejnik continues by discussing the previous rush to invest before the 3% stamp duty surcharge was introduced in April 2016.

“Now, some restrictions are temporarily easing. Property investors know that, come March, those restrictions will be back in place.”

“As a result, in the run up to the deadline, the monthly volume of deals is going to double once more, making it much less certain loans will come through in time,” he explains.

He adds that mortgage rates could rise between now and March 2021 as competition between lenders eases.

“It’s been a long time since the last lender price war now. So, if you’re a landlord, and you’re thinking of expanding your portfolio, do it now.”

“The [stamp duty] cuts not only make portfolio expansion more attractive, they also represents an excellent opportunity for individual buy-to-let landlords to sell their properties into a limited company structure – to take advantage of tax relief on mortgage interest, since selling to a limited company would normally incur a stamp duty charge,” Olejnik concludes.

“That cost is lowered now.”

← Covid-19: Support and tax implications for short-term let landlords Investors – should you be considering serviced accommodation? →