Investors – should Nottingham be on your radar? 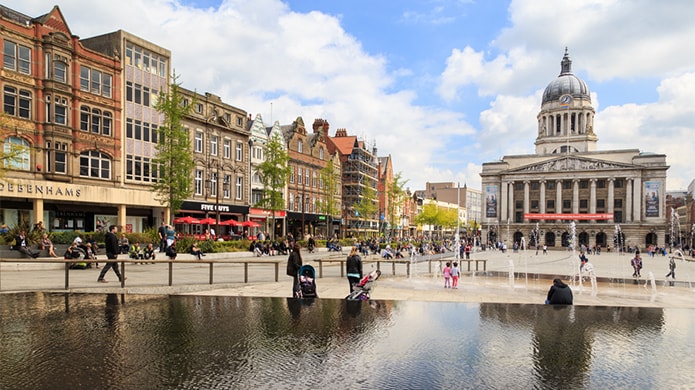 Commuters looking to relocate from London and other major cities could be considering Nottingham as a go-to location due to its low house prices and good travel links, according to FHP Living.

Its central location, extensive transport links, two universities and rich history makes Nottingham one of the most desirable hotspots for home buying, with the average house price in the city now standing at £210,977.

The city has seen an influx in London dwellers relocating from the capital in recent years, and with working from home becoming the norm as a result of the Covid-19 pandemic, the trend of moving away from London has accelerated. Research from Totaljobs highlights that the pandemic has seen as many as 1.6 million Londoners (26%) working outside of the city during lockdown.

Many local experts put the influx of people from the capital down to the city’s attractive affordable house prices and lower cost of living. FHP Living has seen a 23% increase in enquiries from prospective buyers interested in moving from London to Nottingham this year.

Steve Parker, director at FHP Living, comments: “With a longstanding increase in the number of people moving from the capital to other locations including Nottingham, and new research showing that this is likely to accelerate due to factors such as the Covid-19 pandemic, we have seen a 23% increase in prospective buyers enquiring about homes in the city.”

“With Nottingham house prices and the cost of living being much more affordable, the city is an attractive destination for buying with exceptional travel links, opportunities for education, not to mention the city’s rich history and beautiful rural surrounding attractions.”

A separate study carried out by PwC also suggested that London’s population could fall this year, which would be the first time the capital has seen a decrease this century. In its latest UK Economic Outlook report, it cites a survey conducted by the London Assembly in August 2020, in which 4.5% of the 450 Londoners polled – the equivalent of 416,000 city residents of the total population – said that they would move out of the capital within the next twelve months.

FHP Living says Nottingham possesses exceptional green credentials, with city council plans working towards becoming the first carbon neutral city in the country by 2028. With East Midlands Airport in close proximity and dozens of trains each day to London, the city provides an ideal location to commute to the capital when needed, as well as other cities to the north and south, the company adds.

Its riverside area is currently undergoing an extensive regeneration, with several residential developments along the banks of the river under construction – including The Yacht Club; an 81-home, £25 million waterfront development situated at the end of Trent Lane, Trent Bridge Quays; a 92-home riverside scheme, which is in the early stages of construction on Meadow Lane and The Waterside Apartments; a recently completed £30 million development – offering panoramic views over the River Trent, the city, Trent Bridge Cricket Ground and West Bridgford.

Parker explains: “The thriving property market complements the important work that is taking place to significantly improve the city as a whole in terms of liveability and tourism – and this work includes key regeneration projects such as the Broadmarsh area, The Island Quarter and Southern Gateway, along with other planned landmark developments on London Road, and the restoration of tourist sites such as the historic Nottingham castle and the city’s underground cave system.” 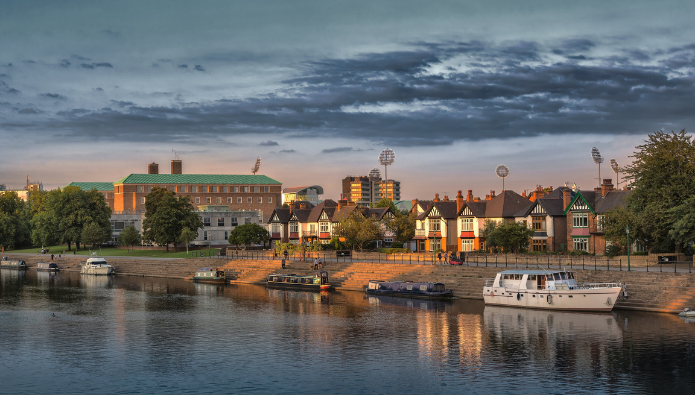 “We are proud to offer new homes at a number of riverside developments, including Pelham Waterside, The Yacht Club, Trent Bridge Quays and The Waterside Apartments, each boasting spectacular waterside views with easy links to Nottingham city centre, the train station, local bars, restaurants and shops in nearby West Bridgford.”

According to Parker, these developments are ‘carefully creating new communities’, making it an exciting time for buyers in Nottingham as there is much more choice in location, size and spec of homes.

“Being in such a central location in the country has allowed Nottingham to flourish over the past few years into a desirable city for workers looking to commute to and from London and elsewhere – you can have all the benefits and convenience of city living here, as well as abundant access to idyllic nature spots and the river, so it’s no surprise that Nottingham is viewed as a prime location for homebuyers and investors alike,” he concludes.