Investing in a leasehold? You may want to think again! 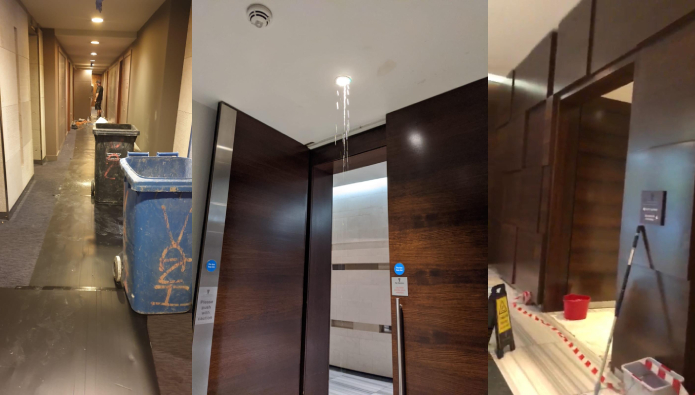 With the leasehold scandal back on the news agenda thanks to the Competition and Markets Authority (CMA) opening enforcement cases focusing on certain practices of four of the UK’s biggest housebuilders (Barratt Developments, Countryside Properties, Persimmon Homes and Taylor Wimpey), there is likely to be greater scrutiny than ever on developments which fail to live up to their often grand promises.

The CMA’s move comes after it found troubling evidence of potentially unfair terms concerning ground rents in leasehold contracts and potential mis-selling on a wide scale. It has also been left concerned that leasehold homeowners may have been unfairly treated and that buyers may have been misled by developers.

Here at Property Investor Today, we regularly report on glossy new tower blocks promising luxury living, high-spec interiors and top-class amenities. For some, though, the reality doesn’t always match up to the perception.

One resident at Ballymore’s Pan Peninsula development in Canary Wharf has been in touch to complain about the reality of living in a leasehold apartment, with issues surrounding heating, no hot water for weeks, floods in the lobby, leaking lights, and failed balcony cladding leaving residents unable to sell.

The occupant, who goes under the Twitter handle of Ballymore Disgruntled, said there has been an ongoing dispute over the use of a comfort heating and cooling system. “The system was originally included within our service charge, but this was spun out to a separate bill with a fixed supplier that we cannot challenge or change. This also came with no reduction in the service charge.”

They said that while their monthly bill from the energy supplier – SWEnergy – is usually £65-£80, other tenants have reported varying bills from as low as £20 right up to £250/300. The fees also applied to commercial tenants in the building and were the reason the former Six Senses Spa in the lobby closed down.

“SWEnergy is now the provider of a larger number of other similar contracts across Ballymore developments. When new tenants move in, they are often surprised or disappointed to learn they have to cover the additional charge,” they explained.

Following the events at Grenfell Tower, the building underwent a fire safety review given the height of the residential towers. Although the cladding passed, the building itself failed its external wall fire review (EWS1) due to flammable building materials being used to provide the flooring of all balconies.

Currently, there has been no confirmation of the works, and residents anticipate they will have to meet the remediation cost as a leaseholder.

“We’ve also experienced a major hot water pipes failure resulting in the shutdown of hot water for over four weeks in our tower,” they said.

“Given the ongoing pandemic, the offer of a communal shower that was in the redundant spa resulted in a lot of frustration and questions over whether we had appropriate building management or maintenance. Despite the high service charges, we were told by management that there are very few reserve funds available which again raises questions over appropriate management and who will foot the end cost of major repairs as they have said it would not be treated as an insurance claim.”

According to Ballymore Disgruntled, a similar event occurred in the East Tower of this development in 2018, resulting in portacabin shower blocks being put into the car park.

Having reported these issues, they said it’s become ‘impossible’ to sell. “We were offered a discounted rate of just £125 per month when we first moved in over the first couple of years and have since watched it climb very steeply since (particularly when compared proportionally to our mortgage cost). The gradual decline of services available and the ongoing issues such as fire safety failures and hot water pipe failures make us very concerned about how easy it will be to sell our property. This is of course compounded at the moment by the lack of an EWS1 certificate.”

“Given the high cost of service charge and ground rent, we are finding it a major detractor for any would-be buyer. When considering moving abroad for work we were faced with the harsh reality that we could not rent our property either as the comparative weekly average costs of our development versus other new builds was wildly off.”

When asked about Ballymore’s general customer care, they said: “Ballymore simply don’t care about your issues or concerns and are only focused on marketing the next development at a higher premium. The initial services were reasonable but once the building started to move into general operation, with Ballymore as the property manager, any repairs were extortionately expensive and took a long time to arrange.”

However, when approached by PIT, Ballymore strongly refuted many of the claims made against the development. “In terms of customer service, Pan Peninsula enjoys a dedicated on-site management team, in addition to both a concierge service and leisure receptionist,” it said. “In relation to property management, there is a dedicated health and safety lead, an energy and sustainability manager, plus a centralised facilities team who provide oversight across our portfolio.”

It added that the use of a comfort heating and cooling system is a sustainable way of generating heat and power, consistent with government guidance on new housing developments ‘because it is a safer alternative than supplying gas direct to each apartment’. Pan Peninsula has 765 apartments in total.

“It is typical for a single heat billing provider to be appointed by the freeholder to carry out billing activities to the residents,” Ballymore added. “Since the energy is generated via the landlord’s energy centre (and not available from the open market – like electricity) it is not possible for residents to select an alternative billing provider. This is made known to leaseholders as part of their conveyancing pack.”

On cladding, it said it conducted extensive intrusive surveys of the building’s external wall system throughout the summer, in line with government guidance, which is now complete. “The fire engineer has concluded that, while the cladding system in place is appropriate, remedial works may be required to balconies, and a design and tender process for these works is already underway. We anticipate that the cost of these works will be met by the development’s reserve fund which should satisfy lenders’ requirements.”

Ballymore insists it has been in regular dialogue with affected leaseholders throughout to keep them informed of the process. “No interim fire safety measures are required during these remedial works, and we expect a ‘pass’ on the EWS1 form upon completion of the works.”

It admits there have been issues with pipe works and hot water at the development in recent years, including a pipe rupture in Pan Peninsula East Tower in July 2018, which has led to regular maintenance and two inspections.

“The second inspection was conducted at the beginning of August and revealed a risk of failure linked to pipe thickness and fracture in the hot water pipes of the West Tower,” Ballymore stated.

“As a result, the hot water service in this area of the estate was swiftly isolated in order to mitigate the risk of any damage. A burst pipe would have resulted in flooding and could cause significant damage to apartments and property in the West Tower. We recognise the significant disruption this caused leaseholders, but these were emergency works and had to be carried out immediately.”

The developer said the pool and gym were closed due to coronavirus guidelines, and the gym has recently reopened again. “The pool plant was due for maintenance, and so we have taken this time to start these works and some minor repairs to the lighting for which the pool had to be closed in order to carry these out. It’s an 18-week programme which is underway,” it explained.

It said the rumours of a rooftop bar being turned into an office were false and said ground rent rises were out of its control and not in the company’s ownership. Any ground rent increases are known to leaseholders at point of purchase and are within the usual parameters, it added.

Lastly, it explained that its service charges include insurance, utilities and staffing costs – all of which increase year-on-year. This has particularly been the case for insurance, for which the industry has seen a significant rise in premiums.

“The service charge also covers a reserve fund for major works which protects leaseholder’s value. Suppliers are competitively tendered, and we routinely look for the best value in all endeavours,” it said.