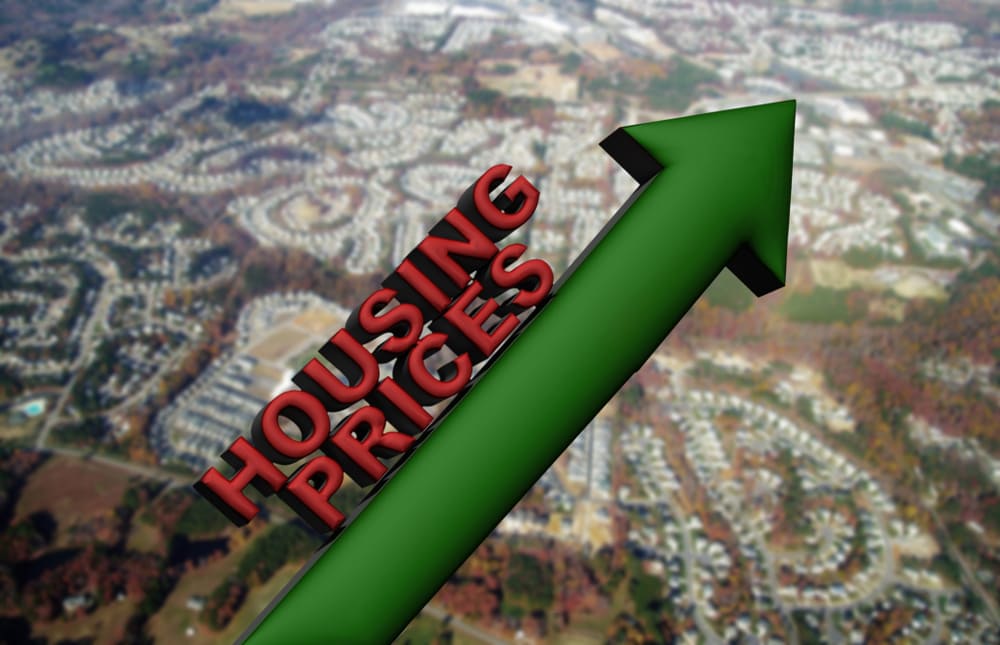 Average house prices in the UK jumped 2.1 per cent in April in the biggest monthly increase since February 2004, according to the latest figures from Nationwide’s House Price Index.

The figures, taken from the bank’s house purchase mortgage lending at the post-survey approvals stage, showed an annual price growth of 7.1 per cent in April, itself an increase from 5.7 per cent in March. Nationwide predicts that annual growth will reach double digits in June if prices are flat over next two months. The data also reported a new record-high average price of £238,831, an increase of £15,916 in the last year.

Robert Gardner, chief economist at Nationwide, said that the extension of the stamp duty holiday was a factor in the growth.

He added: “However, our research suggests that while the stamp duty holiday is impacting the timing of housing transactions, for most people it is not the key motivating factor prompting them to move in the first place. For example, amongst homeowners surveyed at the end of April1 that were either moving home or considering a move, three quarters said this would have been the case even if the stamp duty holiday had not been extended.”

Gardner said that housing market activity was likely to remain buoyant over the next half year due to the stamp duty extension.

The outlook, he maintained, is still uncertain. Gardner said: “If unemployment rises sharply towards the end of the year as most analysts expect, there is scope for activity to slow, perhaps sharply. “However, shifts in housing preferences may continue to support activity, even if labour market conditions weaken.”

There was widespread industry reaction to the news. Marc von Grundherr, director of Benham and Reeves, said: “Very positive signs to see the market traverse the original stamp duty deadline and the supposed cliff edge that awaited. Of course, this was always going to be the case with an extension being granted but we now find ourselves in a very strong position and one that is unlikely to be toppled when the new staggered deadlines expire.”

Anna Clare Harper, chief executive of SPI Capital, said that the stamp duty extension was not the only factor in play. She added: “Beyond transaction tax, there are other important drivers of the buoyant housing market, in an otherwise challenging economic environment. Firstly, in a context of long-term increases in living standards, many people wanted and needed to move house, encouraged to improve their surroundings by repeated lockdowns. Secondly, it is cheap to borrow, due to very low interest rates, which give buyers a ‘discount’. And third, there is a ‘flight to safety’: in times of uncertainty, people want to put their money in a stable asset with low volatility.”

Tomer Aboody, director of MT Finance, said that it was hard to see what was going to stop the UK housing market in its tracks, pointing out that supply was the biggest factor. He added: “The biggest factor is the lack of properties to buy, which is creating and overwhelming the pursuit of houses with gardens, which in turn is pushing up pricing. Will the government look to modify the stamp duty for downsizers in order to release more properties onto the market? This, along with the changing social environment with more flats being built in the centre and city of London, means a big cultural shift in society is on the horizon.”

One commentator, however, remained more hawkish. Guy Harrington, CEO of Glenhawk, said: “The honeymoon won’t go on forever, and the longer the current unsustainable levels of house price growth continues, the sharper and more painful the eventual correction will be. The stamp duty holiday and higher household savings because of the restrictions might paint a positive picture till Autumn, but we will see reality set in once the support schemes end and the scale of slowdown then might catch many by surprise.”