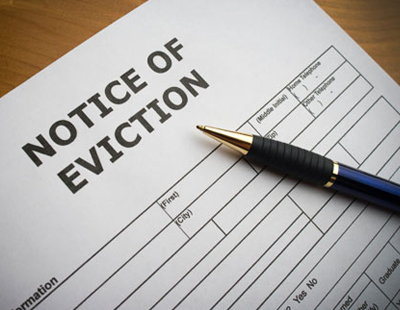 A new law in Wales making it mandatory for a tenant to get six months notice for Section 21 evictions has been described as a “hammer blow” by the Association of Residential Letting Agents.

On top of that, from April 2022 – when the new law takes effect – no tenant will be able to be served a notice under S21 until they have been in situ for six months.

The new eviction rules are complemented by simplified rental contracts to be introduced next year in Wales; landlords will still be able to repossess their property if a tenant is in breach of contract.

Angela Davey, ARLA Propertymark president, says: “The Welsh Parliament’s approval of the Renting Homes (Amendment) (Wales) Bill will introduce significant changes to the way the private rented sector operates in Wales. Collectively, having one standardised legal framework is going to enable everyone to operate in exactly the same way, giving clarity on rights and responsibilities through standard written contracts.

“While in some cases these changes will provide more financial security for landlords, it also means it will take landlords 12 months to reclaim their property in the case of ‘no fault evictions’ which is a hammer blow to the sector. We call on the Welsh Government to now stick to its commitment for at least a six-month lead time, or longer, in light of Covid to allow agents and their landlords in Wales to prepare for the upcoming changes.”

Julie James adds: “Thanks to our efforts, tenants will have greater peace of mind when renting. Everyone has the right to feel secure in their own home and to be able to plan for the future. Clearer and easier to understand contracts will reduce disputes and legal costs and the new regime will provide a better way for landlords to deal with abandoned properties.”