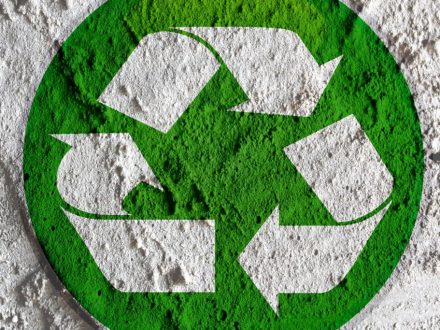 Galliford Try and Henry Boot have become the latest construction firms to set formal targets for achieving net-zero greenhouse emissions across their own direct operations by 2030.

Additionally, Galliford Try has pledged to reach net-zero across the whole of its activities no later than 2045. The company said it has already cut greenhouse gas emissions by 62 per cent between 2012 and 2020, across Scope 1, 2 and direct Scope 3 emissions.

Scope 1 refers to direct emissions from fossil-fuel use, including vehicles, as well as releases or leaks of greenhouse gases such as refrigerants; Scope 2 refers to purchased electricity or district heat; and Scope 3 covers everything else resulting from a firm’s activities including business travel, employee commuting and the embedded emissions of goods and services provided by its supply chain.

Galliford Try said it has already moved to renewable energy for its permanent offices and switched 36 per cent of its vehicle fleet to battery or plug-in hybrid vehicles. It said it is in the process of moving to electric and alternatively-fuelled plant, and has prioritised grid connections at project sites to minimise reliance on diesel generators.

Galliford Try chief executive Bill Hocking said: “We are already well-progressed on our carbon journey and are working with clients and suppliers to achieve net-zero carbon ahead of the UK’s target date.” He added that an early focus on optimising operational and embedded carbon in the firm’s education-sector projects had helped the company translate lessons to other sectors.

Separately, Henry Boot said it began cutting emissions in 2013 but “recognises the importance of accelerating action” and last year set up a team to draw up a net-zero carbon framework to guide its future progress. The framework targets net-zero for Scope 1 and 2 emissions by 2030 and also aims to “enhance understanding” of how the business can cut its indirect emissions, using 2019 emissions as a baseline.

The first phase of the programme, up to 2025, will focus on auditing and reduction of direct emissions. Henry Boot said it will switch to biodiesel ahead of a move to “sustainable” HGVs and generators, adopt flexible working policies with the aim of cutting business travel by 20 per cent, and begin replacing its cars and vans to achieve an all-electric fleet by 2030.

It added that after 2030 it plans to balance unavoidable emissions using approved offsetting schemes.

Henry Boot chief executive officer Tim Roberts said: “All my instincts tell me that by doing the right thing, and acting responsibly with regards to our stakeholders, we will be creating long-term value in the business and of course helping create a better planet.”

In April this year, Laing O’Rourke announced a target for net-zero carbon across its direct operations by 2030. And in December last year, Bam Construct adopted the World Green Building Council’s net-zero commitment, pledging to achieve carbon neutrality in its operations by 2030

Yesterday, the Construction Leadership Council (CLC) listed a dozen organisations that have backed its own ‘CO2nstructZero’ carbon-reduction programme and agreed to become role models – or “business champions” – for the industry’s decarbonisation.

CLC co-chair Andy Mitchell said: “We all know that tackling carbon will be the single biggest challenge our sector faces over the coming decade. To advance as an industry, we need to learn from those who are leading the way.”

Working together to deliver a net-zero carbon industry

The conference will provide an opportunity to learn how net-zero targets will impact your role in the short to long term. You will gain innovative ideas from across the industry that will help you reduce carbon in the way you design, build and maintain assets today.

Book your ticket for the event here.

← for many it’s the ... Industry Comments as Stamp Duty Holiday Ends →