Friends and work colleagues team up to buy agency franchise 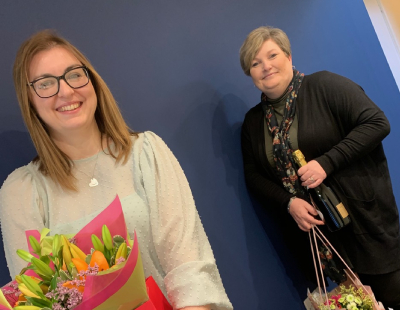 Two friends and former work colleagues have become the new owners of the agency at which they previously worked, Lovelle Grimsby & Louth Lettings.

The business is part of the Belvoir Group franchise network.

“Later that year my former colleague Teresa [Bielby] was made redundant from her job at a local newspaper, and I thought it was a perfect opportunity for us to work together again. Shortly afterwards, and following the departure of former owner Jonathan Lovelle, the opportunity arose for Teresa and I to take on the franchise.”

David Spackman, managing director of Newton Fallowell – who oversaw the franchising of the Lovelle Grimsby and Louth offices on behalf of Belvoir – says: “I am delighted to confirm that the entire Lovelle network is now fully franchised, which was always our intention when we acquired the brand in January 2020.”

He says the Belvoir Group is keen to speak to any independent agency interested in becoming part of the business.